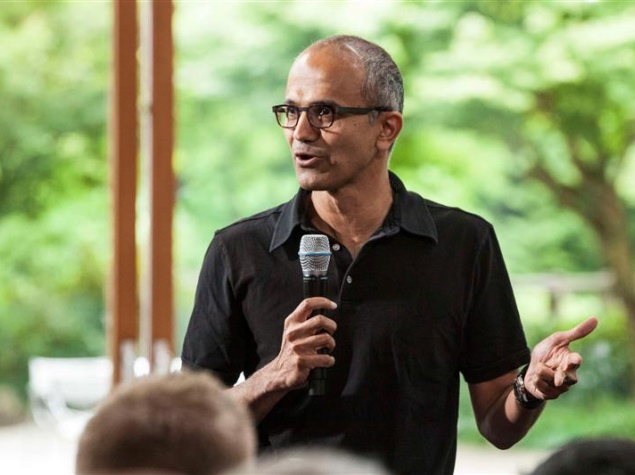 As Microsoft Corp prepares to unveil insider Satya Nadella as its new chief executive, investors and analysts are weighing how effective the 22-year veteran will be in re-igniting the company's mobile ambitions and satisfying Wall Street's hunger for cash.

The world's biggest software firm faces a slow erosion of its PC-centric Windows and Office franchises and needs to somehow challenge Apple Inc and Google Inc in the new realm of mobile computing. At the same time, some investors are campaigning for retrenchment and a bigger cut of the company's massive cash pile.

Most agree that Nadella's background in creating Microsoft's Internet-based - or 'cloud' - computing services makes him a safe pair of hands to take the company forward, but there remains a question over his ability to make Microsoft a hit with consumers, or with impatient shareholders.

"He is the right person to drive safe, right down the middle of the fairway, and continue Microsoft's strengths," said Rajeev Chand, managing director and head of research at tech investment bank Rutberg & Co. "What we don't know is will Nadella help with the consumer revival, or with the mobile revival. Mobile is an open hole in his background."

Microsoft's problem is stark. More than 90 percent of PCs run Windows, but only 4 percent of smartphones do and an even smaller slice of tablets.

The company is still the undisputed king of workplace computing, but it is finding it hard to kindle the affections of consumers at home and on the move. Its Surface devices had some success over the holiday shopping season, but its phones are showing signs of losing momentum.

"I would advise him (Nadella) to take a fresh look at mobile, or bring in some talent who really understands the space," said David Smith, an analyst at tech research firm Gartner.

(Also see: Who is Satya Nadella?)

Last July, CEO Steve Ballmer outlined Microsoft's new devices and services business model that is intended to marry cloud services with nifty gadgets that can challenge Android phones and Apple's iPad. He backed that up with the $7.2 billion purchase of handset maker Nokia , set to close this quarter.

But that move did not play well on Wall Street and now Microsoft finds itself under pressure from critical investors to give up the hardware business and concentrate instead on getting its software onto as many devices as possible, including the iPad.

"Microsoft has to be present on every device. They can't be captive to Windows or Windows Phone," said Ted Schadler, an analyst at tech research firm Forrester. "When you look at the applications that are on the rise to support mobile, it is not Microsoft with Word, it's Dropbox or Evernote. Its really about being everywhere."

One analyst calculated that Microsoft is losing $2.5 billion a year by keeping a full, native version of its Office suite unavailable for iPad users in the hope that its Surface tablets will become a hit with businesses, but there's no sign of that happening.

"They have to port Office to iPad, they have to do it," said Schadler. "That's an important, immediate decision that Satya's going to have to drive."

Show us the money

Aside from strategy quandaries, Nadella has to wrestle with the challenges of managing an enormous corporation and dealing directly with big investors, something he has had no real experience of as a unit head at Microsoft.

ValueAct Capital, which led a shareholder revolt last year that culminated in the retirement of Ballmer, has been pushing for the company to abandon its ambitions to be a consumer hardware maker, refocus on its strengths with business applications and return more of the rewards from those steady, high-margin businesses to shareholders.

"The fact is that with mature companies, shareholder value is more driven by capital allocation than by new products," said one Top 30 investor in Microsoft, who asked not be named as they were not authorized to speak publicly. "A repurchase would be great."

That effectively means refocusing on Office and Windows and distributing more of Microsoft's $84 billion in cash and short-term investments, although most of that is held overseas.

In September, Microsoft raised its dividend 22 percent and renewed its $40 billion share buyback program, but Wall Street is still hungry for more.

"Satya's never run a P&L (profit and loss statement) as big as Microsoft, so this is a bit of an unproven step up," said Schadler. "Dealing in the public markets is a big new challenge for him, so he's got a lot learning to do and will require coaching and this is where the board of directors intersects."

It is expected that co-founder Bill Gates will relinquish the chairman position, to advise Nadella on technology and allow another board member to take on the task of dealing with investor relations, an idea that has broadly been welcomed by investors.

"More of Bill Gates is a good thing for Microsoft," said Chand at Rutberg.