MIUI 9 Based on Android 7.0 Nougat to Launch Before August 16, Says Xiaomi 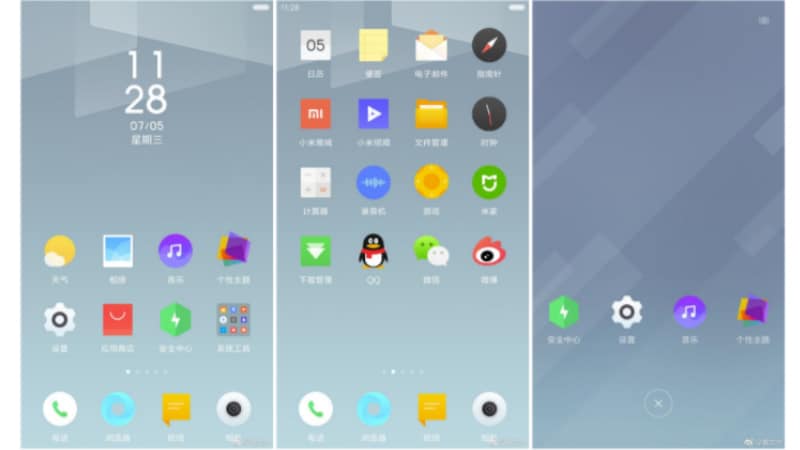 Xiaomi had confirmed a few weeks ago that MIUI 9 is under development, but a launch date for the same was not revealed. Now, on the MIUI forum, the company has confirmed that the MIUI 9 based on Android 7.0 Nougat will arrive before August 16. Furthermore, a Xiaomi executive has also shared screenshots of a theme on MIUI 9 asking for feedback from users, revealing few features.

Posted on the forum, Xiaomi has confirmed that the MIUI 9 will be launched officially before August 16. This means that Xiaomi will roll out MIUI 9 for select devices in just over a month from now. MIUI’s product manager has also shared screenshots on Weibo showing off a new theme of the MIUI.

“Our product manager of MIUI shared a screenshot on Weibo recently. The main purpose is to collect feedback from the users about their thoughts about MIUI 9's upcoming design. He clearly mentioned that the screenshot attached is one of the themes made by MIUI. However, some tech sites misreport it as leaked screenshot of MIUI 9. Do note that the screenshot above is just an ordinary theme and it has nothing to do with MIUI 9,” the company explained on the forum.

Xiaomi CEO Lei Jun had mentioned earlier that MIUI 9 will be more fluid and powerful than previous versions. It is also expected to feature the split-screen mode and the picture-in-picture mode, which is also due to arrive with Android O. The split-screen feature, on the other hand, was made available in Android 7.0 Nougat, and MIUI 9 will take advantage of that.

The Chinese manufacturer had launched the MIUI 8 stable ROM in August last year, and it brought features like Dual Apps, Second Space, scrolling screenshots, caller ID, and much more.