Xiaomi Redmi 5A Sells 10 Million Units in India Since Launch 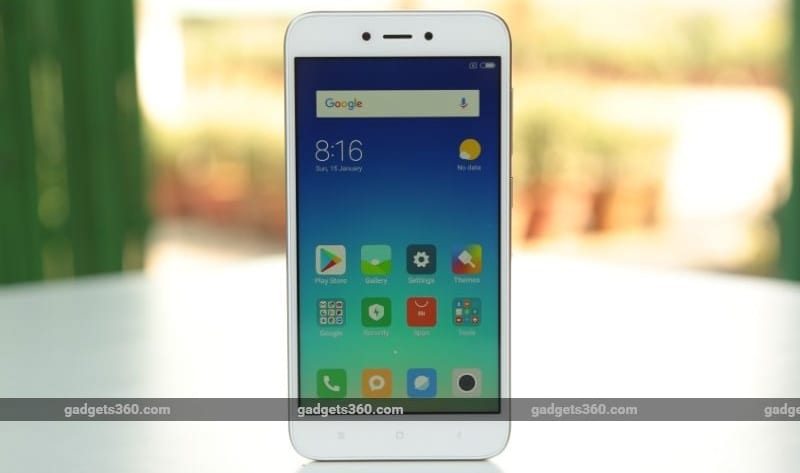 Redmi 5A next flash sale is on October 11

Earlier in March this year, Xiaomi India revealed that it had sold five million units of the Redmi 5A since launch. In just over six months since that announcement, the company is back to reveal that the 10-million milestone has now been reached by the smartphone. To recall, the Redmi 5A was launched in India in November last year, and went on sale in December. Xiaomi says that it has managed to sell 10 million units of the Redmi 5A in just nine months since launch. The company claims that this achievement makes Redmi 5A the fastest selling smartphone in India to hit the milestone in such a short span since its launch.

Xiaomi Redmi 5A is priced in India at Rs. 5,999 for the 2GB RAM variant and Rs. 6,999 for the one with 3GB of RAM. It comes in varied colour options including Blue, Dark Grey, Gold, and Rose Gold, and is available on Flipkart and Mi.com. The smartphone is still being sold in flash sales with the next sale slated for October 11. To recall, it was launched at an introductory price of Rs. 4,999 for the 2GB RAM variant, which no doubt helped propel sales. That discount ended in March this year.

"These remarkable milestones are the result of the immense love and admiration from our millions of Mi Fans and customers. Redmi 5A is one of our blockbuster smartphone products due to the amazing features it offers coupled with great quality and truly honest pricing, which makes it an undebatable choice in its category and with the recently launched Redmi 6A we have made it even better. Xiaomi as a brand will continue to bring innovative products of great quality with best specs and ensure that it is accessible to all consumers across India," Raghu Reddy, Head of Categories and Online Sales, said in a statement.

While this smartphone continues to do well, the successor Redmi 6A has also been launched by the company last month, with the price in India starting at Rs. 5,999 for the base model with 2GB RAM and 16GB inbuilt storage. The 2GB RAM/ 32GB storage variant is priced in India at Rs. 6,999. The Redmi 6A will be available in a marathon flash sale on October 10, details of which can be read here.

In the camera department, the Redmi 5A bears a 13-megapixel rear sensor with features like f/2.2 aperture, LED flash, and PDAF. On the front is a 5-megapixel sensor with f/2.0 aperture. There is a 3000mAh battery, with a claimed 8-day battery life, under the hood.

Connectivity options on the handset include 4G VoLTE, Wi-Fi 802.11 b/g/n, Bluetooth 4.1, GPS/ A-GPS, Infrared, Micro-USB, and a 3.5mm headphone jack. The Redmi 5A also has proximity sensor, ambient light sensor, and an accelerometer.

Further reading: redmi 5A, redmi 5A Price in India, redmi 5A Specifications, Xiaomi