Redmi 9 India Launch Set for August 27, Likely to Be a Tweaked Redmi 9C

Redmi 9 will sport a dual rear camera setup housed in a square-ish module. 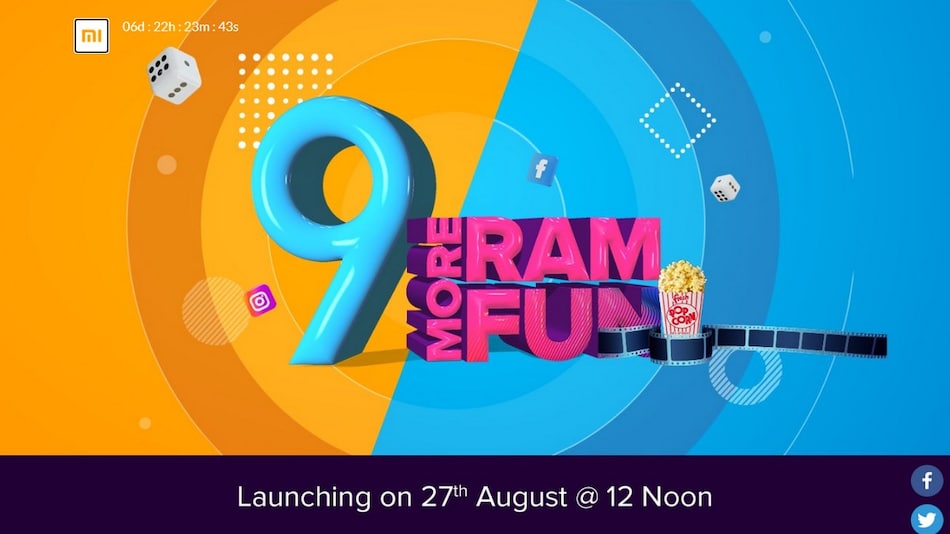 Redmi 9 will be launched in India on August 27, the Xiaomi sub-brand announced through its official Twitter handle. The phone is believed to be a slightly tweaked version of the Redmi 9C that was originally launched in Malaysia back in June. The event page for the Redmi 9 on Mi.com has been updated to show a countdown to the launch event, along with an overview of some of the specifications. To recall, Xiaomi originally launched a Redmi 9 phone in Spain back in June that it rebranded as the Redmi 9 Prime for the Indian market.

RT & get ready to enter a life of #MoreRAMMoreFun! ❤️

The Redmi 9 will be unveiled in India at an event on August 27 starting 12pm (noon). The phone is said to come with “more RAM and more storage” as per the event page on Mi.com. Some of the details mentioned on this page, particularly the camera setup, point towards the phone being a slightly tweaked version of the Redmi 9C. To recall, Xiaomi launched the Redmi 9C and Redmi 9A in Malaysia back in June. The Redmi 9C was launched with a triple rear camera setup in a square-ish camera module and the Redmi 9 coming to India also features a similar camera module, but with a dual camera setup.

The event page also shows a notched display on the Redmi 9 and states the phone will come with MIUI 12 and “HyperEngine Game Technology.” The Redmi 9 is being teased to come with “more RAM and more storage”, which means it will be a more powerful variant, presumably compared to the Redmi 9C's 2GB + 32GB model.