Mi 11X Pro is one of the most affordable smartphones in India with a Snapdragon 888 SoC. 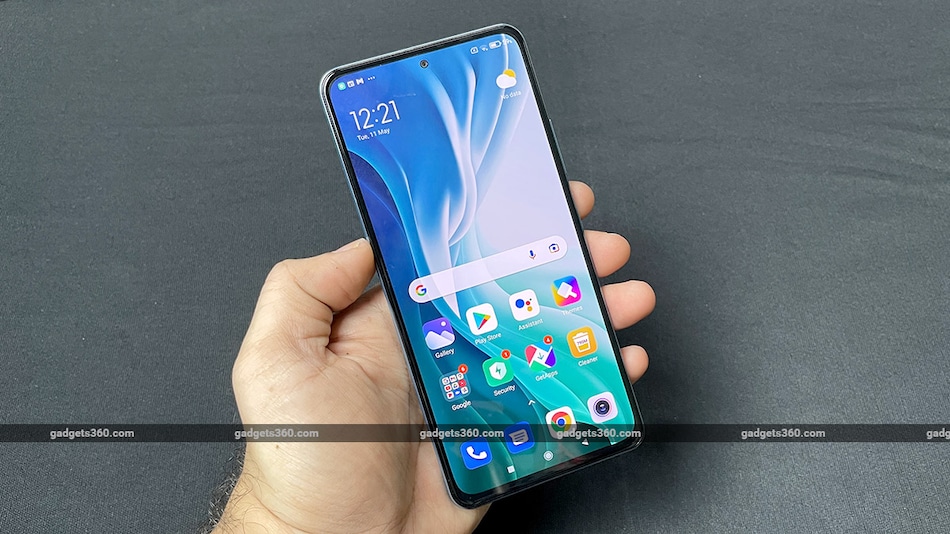 The Mi 11X Pro could potentially be a disruptive phone in the market thanks to its hardware and aggressive price. It fits the definition of a flagship killer thanks to its top-of-the-line Qualcomm Snapdragon 888 processor and a 108-megapixel camera at a starting price of Rs 39,999. Naturally, this looks very appealing to those who care a lot about specifications. So does the Mi 11X Pro offer the kind of value for money that will make its competitors take notice? I've tested it to find out.

The Mi 11X Pro looks identical to the Mi 11X (Review) and it would be hard to tell these two apart. The Mi 11X Pro sports a big 6.67-inch AMOLED display with thin bezels all around. Xiaomi has also tried to keep the size of the camera hole down, and I did not find it distracting. The Mi 11X Pro is slim and has curved sides which make it comfortable to hold. Its weight is manageable at 196g.

Xiaomi has used Corning Gorilla Glass 5 for the front and the back, which should be able to resist scratches to some extent. The frame of the Mi 11X is made out of polycarbonate, with the fingerprint scanner and volume buttons on the right side, I found these buttons to be well positioned. My thumb rested naturally on the fingerprint scanner while holding the Mi 11X Pro, which made unlocking it very easy. While the side-mounted fingerprint scanner is well placed, I am surprised to see Xiaomi not opting for an in-display one at this price level.

My Celestial Silver unit has a gradient finish at the back

There are no buttons on the left of the frame. Xiaomi has gone with stereo speakers at the top and the bottom. An IR emitter is neatly integrated into one of the holes of the speaker grille at the top. The SIM tray, USB Type C port and main speaker are on the bottom. Xiaomi has made this smartphone IP53 dust and water-resistant, and there is a small rubber seal around the SIM tray to help keep water out.

You get a 4,520mAh battery on the Mi 11X Pro. Xiaomi bundles a 33W charger in the box and promises short charging times.

I had a Celestial Silver unit of the Mi 11X Pro, which has a gradient finish at the back and looks flashy. The phone did not pick up smudges very easily and I did not have to wipe it frequently. Apart from the colour, the one thing that did grab my attention very often was the big camera module at the back. It protrudes quite a bit, causing the device to rock when placed on a flat surface.

The Mi 11X Pro boasts of some impressive specifications. It has a full-HD+ AMOLED display with a 120Hz maximum refresh rate. This is an HDR10+ Samsung AMOLED panel with a peak brightness of 1300nits. The gorgeous display is protected by Corning Gorilla Glass 5.

Powering the Mi 11X Pro is the Snapdragon 888 processor, which is the best that Qualcomm has to offer right now. This processor is also seen in the Mi 11 Ultra (Review), OnePlus 9 series (Review) and the recently launched iQoo 7 Legend. Xiaomi has paired the Snapdragon 888 processor with 8GB of RAM, and you get to choose between 128GB and 256GB storage variants. Storage isn't expandable, and given the small difference in the prices of the two variants, I would recommend that you pick the 256GB option.

The Mi 11X Pro is 5G-ready and has two Nano-SIM slots, it also has support for Bluetooth 5.2, Wi-Fi 6, dual 4G VoLTE, and six satellite navigation systems including our homegrown NavIC.

Xiaomi ships the Mi 11X Pro with MIUI 12 on top of Android 11. My unit was running MIUI 12.0.1 and had the April Android security patch which was the latest at the time of this review. The UI is similar to that of any other Xiaomi smartphone running MIUI 12, and there aren't any major changes that stand out. Xiaomi still preloads a number of apps on the device and also suggests installing more bloat via GetApps during setup. The ‘Glance' lockscreen carousel shows promotional content, and there's an option to disable it during setup which I chose to do. I did notice some spammy notifications during the review period, which was annoying.

The Xiaomi Mi 11X Pro has a gorgeous AMOLED display, and watching content on it felt engaging. Thanks to the 120Hz refresh rate, scrolling was super smooth. Colours were punchy and I could tweak the output quite easily. I found the display to be bright enough outdoors and did not encounter any issue with sunlight legibility.

Xiaomi has gone with stereo speakers which do justice to the display. These speakers are loud enough to fill a small room but they didn't sound very full. There is Dolby Atmos, and toggling this has a noticeable impact on audio. Xiaomi's side-mounted fingerprint scanner is quick to unlock the smartphone and it never failed during the review period.

Given the hardware, the Mi 11X Pro should be able to run every app and game on the Play Store. I played Call of Duty Mobile on the Mi 11X Pro and it defaulted to the Very High setting for graphics and the High preset for frame rate. I did bump the frame rate up to Very High and the game was still easily playable. I did not notice any slowdowns or stutters. I played for 20 minutes and noticed that the top half of the phone became slightly warm to the touch.

Battery life on the Mi 11X Pro was good and the phone lasted me for over a day very easily. In our HD video loop test, it managed to run for 14 hours and 53 minutes which is only slightly longer than what the Samsung Galaxy S21 (Review) managed. Xiaomi's bundled 33W charger is quick to charge the Mi 11X Pro but the device tends to get hot in the process. The charger got the phone to 64 percent in 30 minutes and to 99 percent in an hour.

The camera module protrudes significantly on the Mi 11X Pro

The Mi 11X Pro was quick to lock focus and the AI could detect what I had the camera pointed towards. Photos taken with the Mi 11X Pro in daylight were good. It captures details quite well though I wish it had better dynamic range. It also seems that this smartphone sharpens photos in post-processing, causing some loss in quality in the shadows. Photos are saved at 12-megapixels by default, but you do have the option to shoot at the full 108-megapixel resolution. These shots were not as bright as the pixel-binned 12-megapixel ones, but had better details on magnifying later.

The ultra-wide angle camera doesn't offer the same kind of quality, but you can capture a very wide field of view which could help when shooting tricky compositions. The output did have some distortion at the edges.

Close-up shots taken with the Mi 11X Pro had good colour reproduction and the phone managed to capture textures quite well. Portraits had good edge detection and I could set the level of blur before taking a shot. The “telemacro” camera is a good addition, as it lets people take macros without going too close to the subject.

Low-light shots were decent, and the Mi 11X Pro does a good job of keeping noise under control. There is no unnecessary sharpening here. Shots taken in the Night mode were brighter with better details in the shadows. The ultra-wide angle camera did not fare well in low light and is better left unused in such situations.

Selfies turned out well but these are softened since beautification is enabled by default. I did shoot selfies in portrait mode too, and these had good edge detection. Selfies taken at night also turned out well enough.

Xiaomi seems to have taken a page out of OnePlus' book and has come up with a flagship killer. The company has not skimped on hardware. In fact, the Mi 11X Pro is better equipped than the OnePlus 9R when it comes to the performance that they offer for the same price.

Apart from the Snapdragon 888 processor, the Mi 11X Pro also offers an excellent AMOLED display, stereo speakers, decent cameras, and an IP53 rating. The UI is one place that could do with some polish and thankfully, MIUI 12.5 which should reduce clutter and promotions, has already been announced.. Xiaomi could have offered faster charging just like the competition to sweeten the deal further.

For those looking for a powerful smartphone priced at around Rs. 40,000 the Mi 11X Pro will offer a lot of value. Given the small difference in price between the two variants, I would recommend going for the one with more storage. For those looking at better software support, the OnePlus 9R (Review) still makes sense given OnePlus' track record. The similarly specced iQoo 7 Legend could be another alternative to the Mi 11X Pro.