AI Trained in the US Isn't Necessarily Going to Work in India: Microsoft 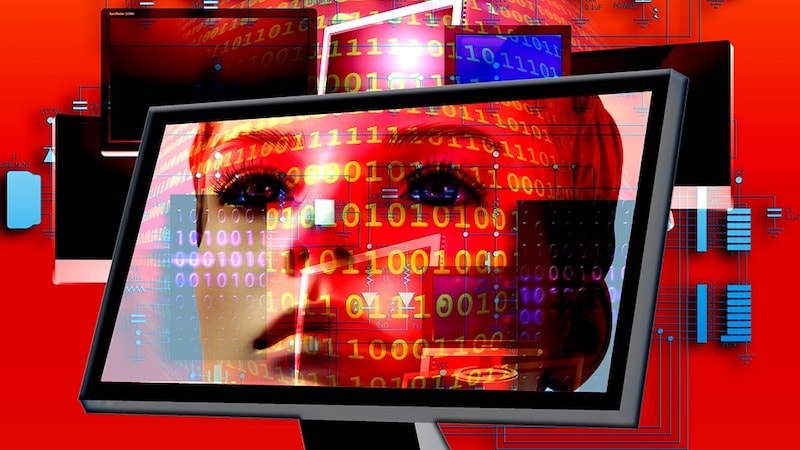 Microsoft recently announced a partnership with Apollo Hospitals to expand its healthcare AI offering to help detect people at risk of cardiac disease. This is one of the ways in which AI can impact everyone - a fact that Microsoft was very keen to highlight in its AI for All conference that just took place in Bengaluru last week. The tech giant covered familiar developments such as the computer vision technology behind its Seeing AI app, and it also had a demo booth for 3nethra from Forus, a product that enables iris-scanning to check for diabetic retinopathy.

However, Microsoft also highlighted one of the biggest challenges that exists around artificial intelligence right now - the results are only as good as the data you put in. As a data scientist working for one of the world's biggest retailers explained to Gadgets 360 earlier - not all the data that's coming in to a company is relevant to the task it's trying to accomplish. Instead, it has to filter our the parts which are truly relevant, before applying its algorithms.

"There's a lot of 'bad data' in that it's not necessarily relevant to our models, but you don't know that at the time," the data scientist, who requested not to be named as he wasn't authorised by his company to speak with the media, explained. "So we need a lot of data analysts and data scientists to crunch these numbers and go through this data to find what makes sense. It's all too easy to make bad connections because there's so much data, and that is why coming up with useful recommendations takes a lot of time and experience."

Microsoft too wants to be careful about how it's using data. "We don't want to just unleash data, but be very mindful," said Peggy Johnson, Executive Vice President, Business Development, Microsoft. "You need to remove bias in datasets. People should know what's going on with your own data, and ensure privacy except when given permission."

The importance for a diverse dataset was driven home by its partnership with Apollo. Doctors in India are unable to fully identify the probability of cardiac ailments when patients come for their regular health check-up, which led to the team-up, a Microsoft representative explained. While there are some scores or algorithms available worldwide that predict the probability of a patient having a heart attack in the next 10 to 20 years, doctors can’t extrapolate the same risk-factors and apply them to patients in India since most of the algorithms are derived from Western studies, he said.

"Apollo went through this exercise and found that there are 3 million heart attacks that happen every year in India, and 30 million people in India suffer from heart diseases," added Anant Maheshwari, President, Microsoft India. "And they took the data of 400,000 people they had over the last seven years to really understand the correlation between medical checks that these people may have come in for, and when the cardiac problems happened, did we detect them in time, how was the care, how was the treatment that we provided to them."

What the study revealed was that for 60,000 people in this sample, the check missed the warning signs of an upcoming cardiac incident. Microsoft, he added, was able to take the data from the 400,000 people to analyse, and from this, come up with a more accurate predictive score for Indians. "The problem was that the original data wasn't really relevant for India, so we needed to retrain the AI for this," a Microsoft employee explained further. The result, according to Apollo's Dr. Kumar, was nearly doubling the accuracy of predictions about cardiac incidents.

This mirrors a growing trend for tech companies to work on AI projects related to global issues around health, education, agriculture, and so on. For example, Google has a program where it is using AI to scan eyes to detect heart risk. By looking at the human eye, Google's algorithms were able to predict whether someone had high blood pressure or was at risk of a heart attack or stroke, Google researchers said. Another example is IBM, whose Watson supercomputer systems are offering "cognitive health" programs which can analyse a person's genome and offer personalised treatment for cancer, for example.

A scan of the back of the human eye (left), and how Google's algorithm sees it.
Photo Credit: UK Biobank/ Google

In India, Microsoft also worked with the LV Prasad Eye Institute on an AI powered project to carry out predictive analysis on retina scans, to catch the early warning signs of blindness. “Uncorrected refractive error is the leading cause of visual impairment and one of the major causes of blindness in the world,” said Dr. GN Rao, Founder and Chair, L V Prasad Eye Institute. While a typical research paper studies around 30 patients, AI based techniques can raise that to a billion, if needed.

Microsoft's predictive model was trained on a data set of 335,799 instances from 176,037 patients aged between 0 and 25 years to predict the progression of refractive errors for a period of two years, explained Prashant Gupta, Director, Microsoft Cloud Division, and Lead, AI Network for Healthcare, Microsoft India. It's now being validated at 174 LV Prasad Eye Institute centres around India. The goal is to be able to use the data gained here to global audiences, though the question of 'good data' vs 'bad data' is one that will no doubt come up when that happens - but it's clear that the big companies are learning.