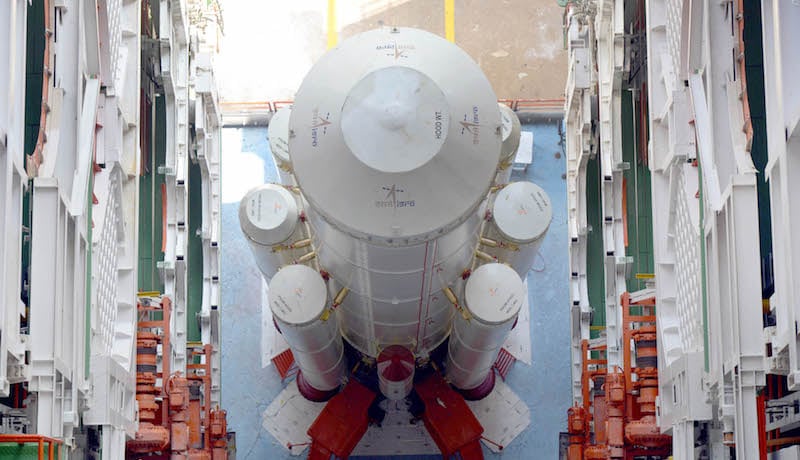 ISRO, considered the new kid on the block in the multi-billion dollar world launcher market, hopes to set an enviable benchmark for the spacefaring nations.

India will boldly go to Venus for the first time and revisit the Red Planet very soon. Buried and hidden in the hundreds of pages of the new format electronic budget documents, is the first formal acknowledgement by the government about these two new bold interplanetary sojourns to Earth's immediate neighbours.

This uplifting news comes ahead of the Indian Space Research Organisation (ISRO) attempting to undertake its mega launch where it will drop off into space not one, two or three but a full load of 104 satellites in space in a single mission.

No other country has ever tried to hit a century in a single mission. The last world record is held by Russia which in 2014 launched 37 satellites in a single launch using a modified intercontinental ballistic missile.

If all goes according to plan, on the morning of Wednesday, February 15, ISRO will hurl into space using the Polar Satellite Launch Vehicle (PSLV) three Indian satellites and a 101 small foreign satellites.

India is hoping to better the previous world record by a whopping two-and-a-half times. ISRO, considered the new kid on the block in the multi-billion dollar world launch market, hopes to set an enviable benchmark for the spacefaring nations.

Prime Minister Narendra Modi's love affair with space is quite evident. The government, it seems, is rather pleased with the Indian space agency as Finance Minister Arun Jaitley gave the Department of Space a whopping 23 percent increase in its budget. Under the space sciences section, the budget mentions provisions "for Mars Orbiter Mission II and Mission to Venus".

The second mission to Mars is tentatively slated for in 2021-2022 timeframe and as per existing plans it may well involve putting a robot on the surface of the Red Planet.

While India's first mission to Mars undertaken in 2013 was a purely Indian mission, the French space agency wants to collaborate in making the Mars rover. In fact on a visit to India this month, Michael M Watkins, Director of the Jet Propulsion Laboratory of NASA, said they would be keen to at least put a telematics module so NASA's rovers and the Indian satellites are able to talk to each other.