CEERS-93316 galaxy has had its light stretched to be approximately 18 times redder than if the expanding universe weren't relocating it away from us. 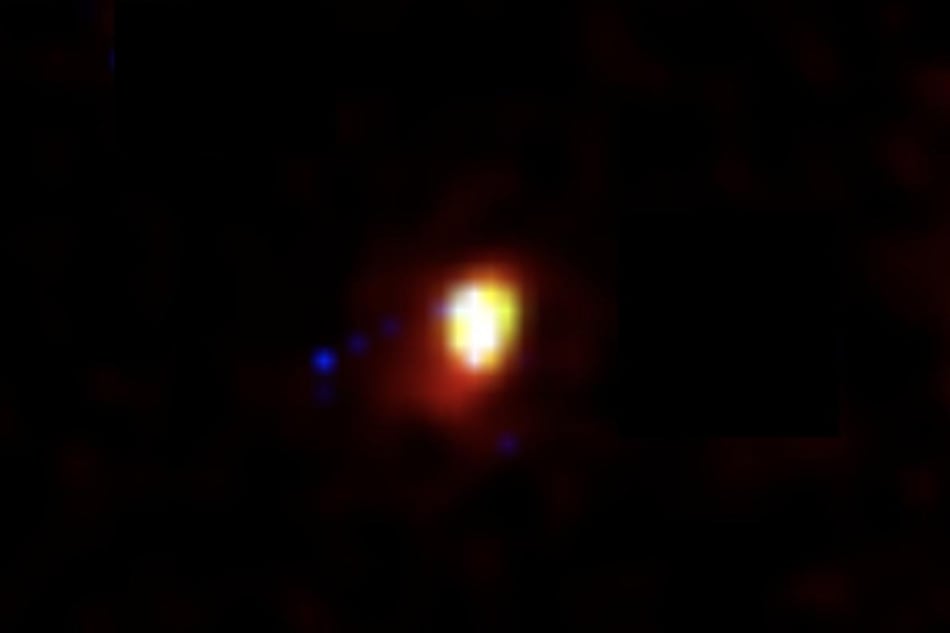 New observations made with the James Webb Space Telescope have identified a galaxy 35 billion light-years away from the Earth. Researchers speculate that this galaxy, a far-off red blob, might be the furthest ever spotted. According to the research, the CEERS-93316 galaxy originally appeared barely 235 million years after the Big Bang, an event that created the universe's first stars and galaxies 13.8 billion years ago. Using Webb's Near Infrared Camera, which can look back in time to the very first star-flickerings, the galaxy was captured as it appeared 235 million years after the Big Bang.

A week ago, another team used the telescope to find GLASS-z13, a galaxy that existed 400 million years after the Big Bang. The latest discovery has already beaten that record. However, the new finding needs to be verified by looking at the light spectra of the galaxy because it is still in its preliminary stage. Light has a set speed, therefore the farther it has travelled to get to Earth, the further back in time it originated.

Because redshift occurs when light from the oldest and most distant galaxies is stretched out during billions of years of passage across the expanding fabric of space-time, Webb's infrared cameras are essential for studying the earliest moments of the cosmos.

The newly discovered galaxy, which has a record-breaking redshift of 16.7, has had its light stretched to be approximately 18 times redder than if the expanding universe weren't relocating the galaxy away from us, the researchers observed.

A peer review of the results has not yet taken place. In a paper posted on July 26 in the preprint repository arXiv, the researchers from the University of Edinburgh presented their findings.

The researchers who stumbled onto the photograph weren't even looking for the farthest galaxy ever seen. Instead, they were compiling a catalogue of 55 early galaxies, 44 of which had already been discovered, to study their luminosity over time following the Big Bang. They will learn crucial details from this investigation about how the cosmos is still in its infancy.

In order to establish that the galaxy is as old as its redshift suggests it is, astronomers will use spectroscopy to measure the magnitude of light over a range of wavelengths for all the galaxies that Webb's Near Infrared Spectrograph instrument has spotted so far. This will reveal the size, temperature, and chemical composition of the galaxies in addition to the age of the light.

The Webb telescope was launched from French Guiana atop an Ariane 5 rocket on Christmas Day in 2021.

Oppo Watch 3 Series Will Be Powered by New Qualcomm Snapdragon W5 Wearable Platform
Bitcoin Corrects to $22,500 as Bear Market Claws Its Way Back to Begin the Month