The NASA spacecraft will explore the various asteroids circling the Sun in the same path as Jupiter. 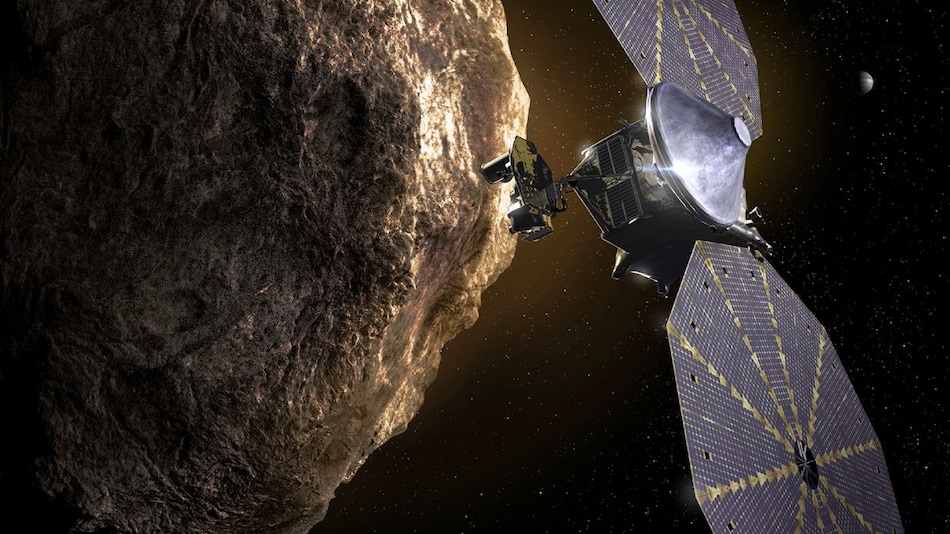 NASA's Lucy as illustrated by an artist

NASA's upcoming mission to explore asteroids in order to learn about the earliest era of our solar system is ready to launch. The spacecraft named Lucy is expected to take off this week on a mission that is estimated to take 12 years. The spacecraft is looking at a possible launch date of October 16 and will be travelling to the outer solar system during the course of the 12-year project window. Once in the outer solar system, Lucy will be exploring over seven ancient asteroids, known as the Trojan asteroids that circle the Sun.

The Trojan asteroids orbit in the same path as Jupiter, the planet. By exploring them, Lucy will also be the first spacecraft to visit asteroids in this region. The spacecraft will aid in procuring data to help scientists delve deep into the solar system's ancient history, which in turn could help decipher more details on how the universe came to be.

NASA has described Trojan asteroids as the “time capsules from the birth of our solar system”. According to the space agency, Trojan asteroids “circle the Sun in two swarms, with one group leading ahead of Jupiter in its path, the other trailing behind it.” They have been named after characters in Greek mythology.

Speaking about the project, NASA scientist Tom Statler said in a statement, “With Lucy, we're going to eight never-before-seen asteroids in 12 years with a single spacecraft. This is a fantastic opportunity for discovery as we probe into our solar system's distant past.”

The mission itself takes its name from the fossilised human ancestor whose skeleton provided unique insight into humanity's evolution. The skeleton was dubbed “Lucy” by her discoverers. Drawing a parallel, NASA believes that Lucy's mission will “revolutionise our knowledge of planetary origins and the formation of the solar system.”

During the course of the 12 years, Lucy will explore a “record-breaking number of asteroids,” NASA says. “The spacecraft will fly by one asteroid in the solar system's main belt and seven Trojan asteroids. Lucy's path will circle back to Earth three times for gravity assists, which will make it the first spacecraft ever to return to our planet's vicinity from the outer solar system.”

You can also be a part of the historic launch by watching it online via NASA TV. The liftoff has been currently scheduled for October 16 at 2:34am PT (3:04pm IST).

WhatsApp to Add Ability to Pause Recording Voice Messages, Fix for Chat Backup Issue Found: Reports
Instagram Will Try to 'Nudge' Teens Away From Harmful Content, Prompt Them to 'Take a Break'