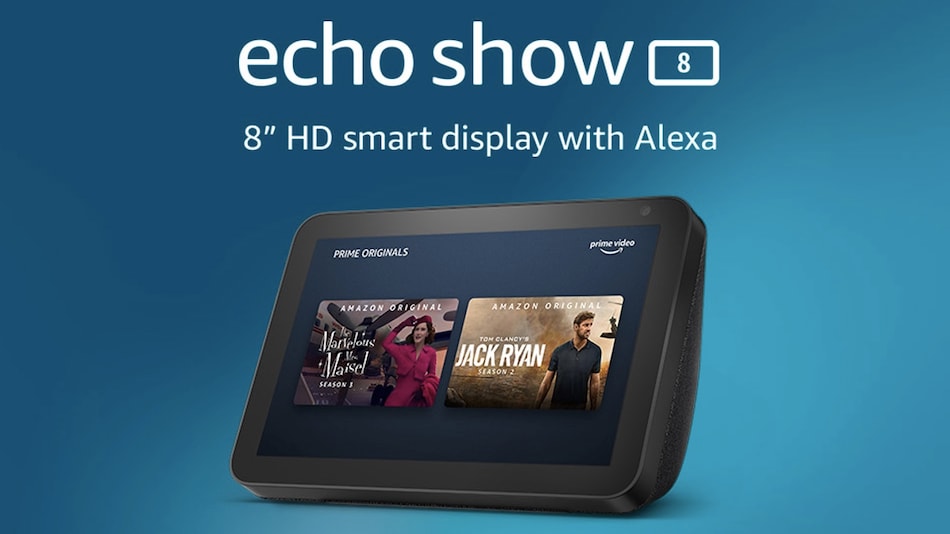 Amazon's growing range of Echo devices spans various prices and forms, from the Rs. 2,999 Echo Flex and Echo Input, to the Rs. 29,999 Echo Link Amp. Although most of these are speakers or audio-focused equipment, the Echo Show range includes devices with displays. The latest in the Echo Show range to launch in India is the Echo Show 8, which is priced at Rs. 12,999. The device is now available for pre-orders at a discounted launch price of Rs. 8,999, and will be shipped on February 26.

The Amazon Echo Show 8 was launched globally in September last year alongside other Echo-branded devices such as the Echo Buds and Echo Frames. The device has an 8-inch HD-resolution touch screen, and two-inch neodymium speakers, along with a passive bass radiator. Like other Echo devices, the Echo Show 8 connects to the Internet over Wi-Fi, and gives users access to Alexa, the company's voice assistant.

You also get the full suite of Alexa capabilities, including voice assistance, information, music streaming through linked services, and communication. Thanks to the screen and camera, it's possible to use the Echo Show 8 for video calls, and also use the camera for the popular drop-in feature that lets users quickly and seamlessly connect to their own Echo devices. There is also a physical shutter over the front camera, something that will come in handy for anyone with privacy concerns.

WhatsApp Bug Could Have Allowed Attackers to Remotely Access Files on Your Desktop
Airtel Posts Massive Loss in Last Quarter, Hints at a Tariff Hike