Zoom for Home on Amazon Echo Show and Google Nest Hub Max will be available later this year. 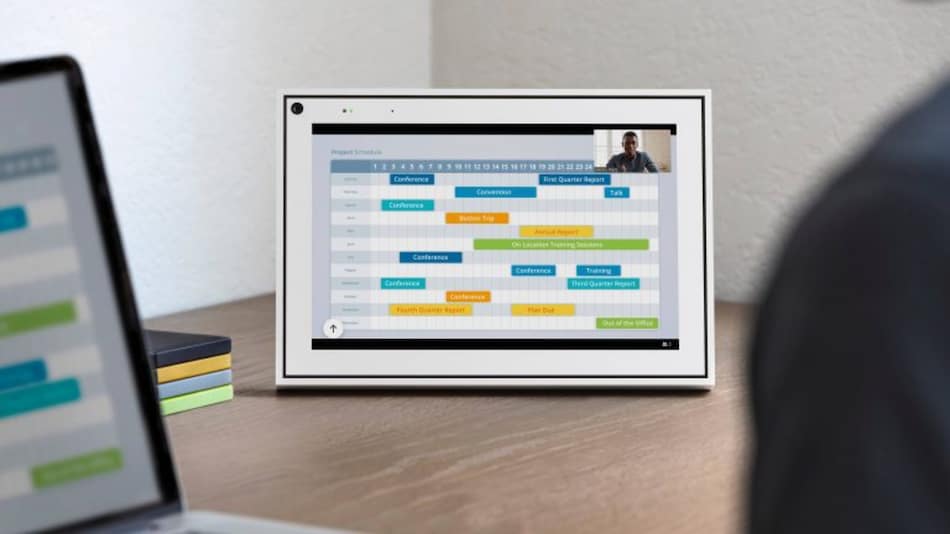 Zoom has announced compatibility for smart displays like Portal, Amazon Echo Show, and Google Nest Hub Max. This comes a month after the announcement of 'Zoom for Home' — a touchscreen display solution for remote working environments. The company looks to offer the software-part of this solution on devices other than it's own. To begin with, Facebook's Portal will get Zoom for Home support in September, whereas Zoom for Home on Amazon Echo Show and Google Nest Hub Max will be available later this year ‘in fall'. The video conferencing company says Zoom meeting users will be able to extend integrated calendar and HD video and audio for Zoom Meetings on these smart displays.

Zoom says that Amazon Echo Show smart display range will get support for Zoom video conferences later this year, beginning with the Echo Show 8. Users will be able to activate Zoom meetings using Alexa voice commands like, “Alexa, join my Zoom meeting.” Furthermore, if users link their calendar in the Alexa app, scheduled meetings will begin automatically without the need to know the meeting ID or passcode.

The Google Nest Hub Max will also receive Zoom support by the end of the year. Similar to Alexa voice commands, Zoom will be compatible with Google Assistant commands such as, “Hey Google, join my next meeting.” Zoom says that other Assistant-enabled smart displays will also get support in the future.

‘Zoom for Home' was announced last month. The company launched is own range of 27-inch displays as well, customised especially for collaborating online using Zoom. These displays are priced starting at $599 (roughly Rs. 45,000).