Google is expected to launch a Pixel tablet in 2023. 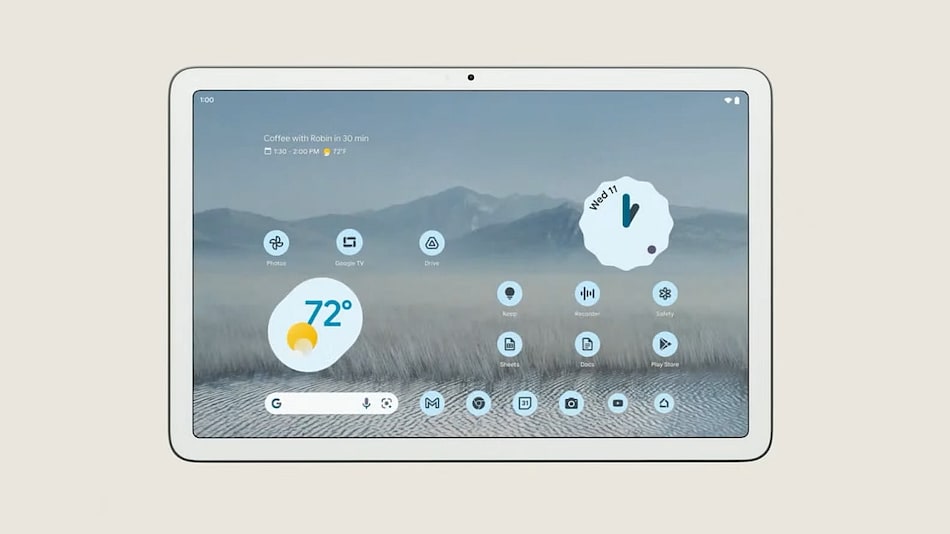 A device from Google has appeared on Google's Git website, first spotted by Esper's Mishaal Rahman. The site lists a commit titled “Move tangor to 64-bit only”. According to Rahman, Tangor is the codename for the Pixel Tablet. This suggests that the tablet could run on 64-bit-only version of Android 13 out-of-the-box.

Interesting: "Move tangor to 64-bit only"

Tangor, the rumored Pixel Tablet, may ship with a 64-bit-only build of Android 13. That should reduce memory use, but it means the tablet won't be able to run any 32-bit apps.https://t.co/C3d3Y5pS24 pic.twitter.com/1SKh3pPcG6

If the Pixel Tablet runs on a 64-bit-only version of Android 13, it could reduce the memory usage, according to Rahman. The upcoming tablet is said to not run any 32-bit apps as well. The commit does not reveal any other information about the upcoming Pixel Tablet. Google is yet to announce a definite launch timeline and specifications of the tablet.

The Google Pixel Tablet was earlier teased by the US company during the Google I/O event in May. The tablet is expected to be powered by a Tensor SoC. The Pixel Tablet is teased to launch in 2023. The company has also confirmed that the upcoming tablet will run on Android 13 out-of-the-box.

During the Google I/O 2022 event, the company had also teased the Google Pixel 7 series alongside the Pixel Tablet. According to a recent report, the Pixel 7 series was spotted on US FCC database with four model numbers. The upcoming series is said to support Wi-Fi 6E, Bluetooth, NFC, and wireless charging, according to the report.