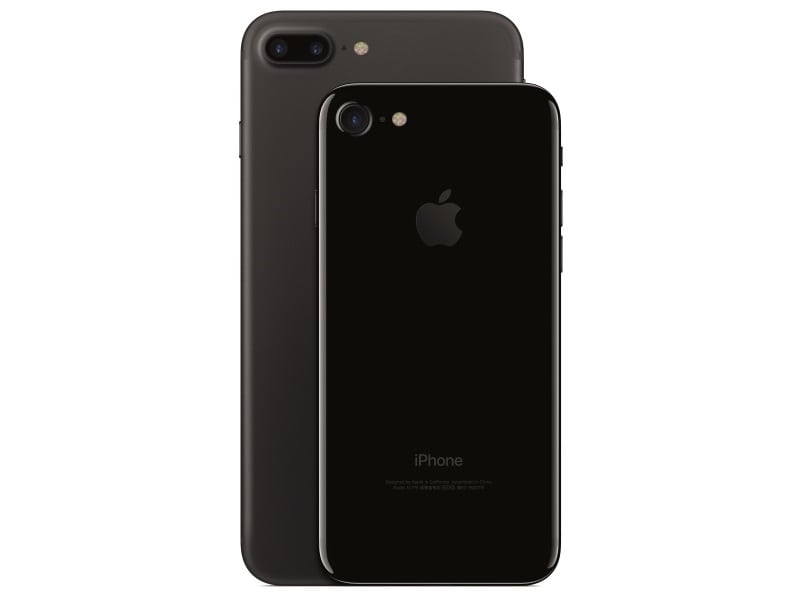 As widely expected, the Apple iPhone 7 and iPhone 7 Plus have no 3.5mm jack, which means that a wide range of earphones and headphones from various brands will not work with the devices without an adapter. Just why would one of the biggest smartphone makers in the world take such a significant step that so severely limits the capabilities of its newest phones? "Courage", according to Apple's marketing chief Philip W. Schiller.

But just what did Apple have the courage to do? It decided to do away with one of the oldest and most widely used electronics standards around. It chose to eliminate support for a universal connector format that allows you to connect any of a wide range of headsets and speakers to your source devices with ease. This essentially means that buyers now have to buy headphones that are specially made to connect into the iPhone 7's only port, the Lightning input, or use a clunky dongle.

While the 'courage' argument might come across as bold and a step towards the future to some, others believe that this is all part of Apple's attempts to cement its stronghold in the audio industry and force other manufacturers to toe the line.

"I don't see dropping the 3.5mm headphone jack from the iPhone 7 as a very convincing move," says Raghav Somani, CEO of online headphone retailer Headphonezone.in. "The only interest that is served by doing that is Apple's alone. To say that it would help consumers is only partially true."

Apple has, since 2005, run the 'Made For iPhone/ iPad/ iPod' or 'MFi' licensing program for developers of hardware and software peripherals, which issues certification to companies that are a part of the program, allowing them to display MFi logos on their products. While this has thus far also included devices with the 3.5mm connector, the shift to Apple's proprietary Lightning connector means that Apple now gains greater control over headphones designed to be used with the iPhone, and this could also potentially could affect prices through licensing fees for the MFi program.

(Also see: No, It Is Not Okay for Smartphones to Ditch the 3.5mm Headphone Socket)

It's also important to note that the switch to a digital signal over the Lightning connector means that headphones will now need to be fitted with their own digital-analogue coverters (DACs) and amplifiers to convert and amplify the signal coming from the iPhone. This is in stark contrast to to the analogue 3.5mm standard, which would rely on the DAC and amplifier in the source device to do the conversion and simply send electrical signals to the headphone drivers that would produce sound.

This essentially means that high-end headphones that can fit high-quality DACs and amplifiers are likely to sound better, while low-end headsets will be forced to use low-quality equipment that makes the headphones sound worse. Additionally, due to size constraints, the $9 (roughly Rs. 550) Lightning-to-3.5mm adapter is likely to feature a basic DAC and amplifier that won't do a lot to make the sound better. Essentially, Apple is transferring responsibility for good sound entirely onto your Lightning-powered headphones, while doing very little on its own in that interest.

(Also see: Dropping the 3.5mm Headphone Jack Was the Right Move by Apple)

"While high-end headphones such as the Audeze Sine will certainly be able to take advantage of the Lightning connector as a source of power, and take advantage of their DAC capabilities, most people who are using cheaper earphones will not only be inconvenienced, but will have to pay a lot more money to get the same lousy sound that their Earpods are known for," Somani continues. "If music is in Apples DNA, as said by Tim Cook, then surely Apple is doing a great deal of disservice to people listening to music in decent quality."

Admittedly, there are some advantages to dropping the 3.5mm jack. Removing the port (along with its amplification and DAC) has freed up valuable space within the phone that has gone towards other functions, says Apple. The dual-camera setup, Taptic engine for the pressure sensitive button, water resistance and a 14 percent bigger battery were all made possible by the removal of the 3.5mm socket, according to Apple's own claims. Additionally, the Lightning connector will now allow you to use headphone technologies such as noise-cancellation and high-end active amplification without having to regularly recharge the battery on the headphones; the phone's battery will simply power the headset itself.

The biggest advantage is something we've already mentioned: a potential improvement in sound quality. But this will only be the case for high-quality headphones, while low-end headsets will continue to sound poor. Either that, or consumers will have to pay more simply to maintain a basic level of quality which could earlier be achieved with more affordable headphones. But if consumers are already used to wireless technologies such as Bluetooth or use standalone audio players, the lack of a 3.5mm jack is unlikely to matter much.

The exclusion of a once-beloved and still widespread audio standard by two new smartphones may not matter too much in the short term, but when those smartphones are from a brand that has the undeniable ability to influence the industry, that's when it means something much more. This is a move that is likely to influence the audio industry significantly, and whether this is for better or worse remains to be seen. And for the time being, if you're dependent on your phone having a 3.5mm jack, the iPhone 7 may not be for you.