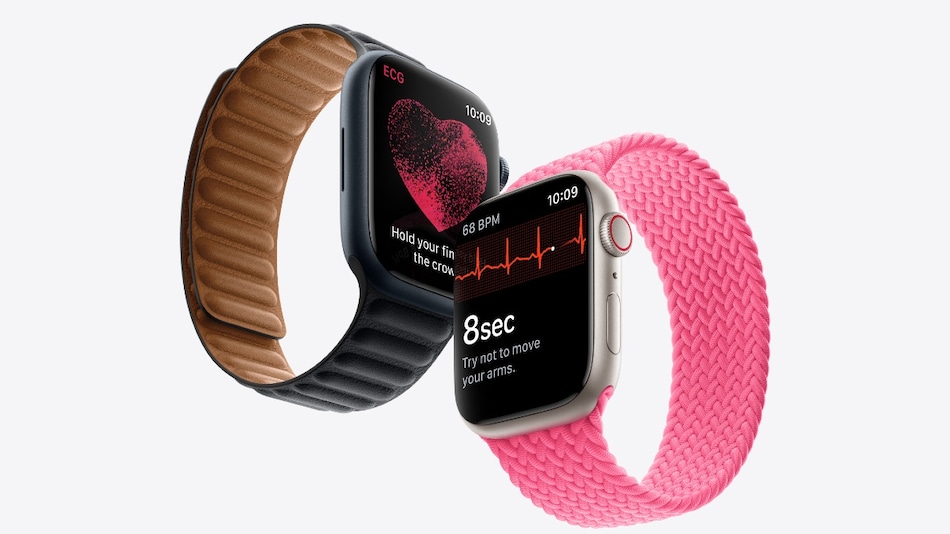 Apple Watch Pro is arguably the most awaited gadget that is said to debut at the iPhone 14 series ‘Far Out' launch event on Wednesday. Apple launches several bands to go with the smartwatches and they also come with support for various watch faces. As per Bloomberg's Mark Gurman, the Apple Watch Pro will get exclusive bands and watch faces. Meanwhile, in another Apple Watch-related development, the Cupertino-based company is reported to launch a new model that is said to be “cheaper than the Apple Watch SE.”

The first report comes from Gurman, who tweeted that the Apple Watch Pro will have a new set of bands that “is going to be pretty wide ranging and play into the extreme sports theme.” He also says that there will also be “some pretty info dense faces for fitness metrics.” By dense faces, he could mean watch faces that show various metrics on the homescreen. There is no clarity on this.

He goes on to say that the smartwatch will not have “flat sides and they are rounded like the Apple Watch Series 7.” He further claims that there will be a new button on the left side that is programmable. This means that you can programme that particular button to do a specific job, such as open a particular app.

The second development comes from a report by New York Times, via 9to5mac. It reportedly says that Apple will launch a new Apple Watch model that will be “cheaper than the Apple Watch SE” and will “compete more aggressively for young smartwatch customers.” The company apparently wants to ride on the growing popularity of parents giving their kids a wearable as a way to “use the devices as a stopgap cellphone for kids” as “miniature screens mitigate issues like internet addiction.”

“The model will be introduced alongside other new versions of the watch, including a high-end wearable for serious athletes that will rival fitness trackers made by its competitor Garmin,” the report said. Both Apple Watch Pro and this alleged affordable Apple Watch model will reportedly launch alongside the Apple Watch Series 8 at the ‘Far Out' event, which will also see the debut of iPhone 14 series, on September 7 (Wednesday).