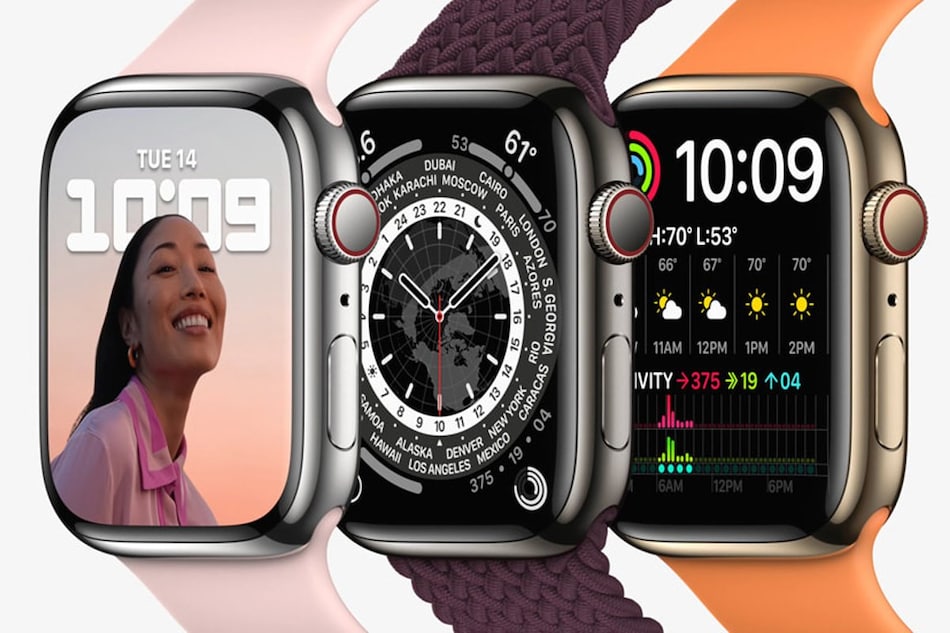 Details about the India pricing and availability of the Apple Watch Series 7 are yet to be announced, though Apple said that it would be available in the US later this fall.

The key USP of the Apple Watch product lineup is its health and fitness features. While Apple hasn't provided any significant additions on that front, you're getting most of the commonly available features to track your health and wellness while on the go. The Apple Watch Series 7 offers blood oxygen saturation (SpO2) tracking using a built-in Blood Oxygen sensor. It is also capable of tracking heart rate using an electrical heart rate sensor that was first introduced on the Apple Watch Series 4 and also available on the last-generation model. The smartwatch can also detect atrial fibrillation (AFib) and can provide an electrocardiogram (ECG) report.

Apple has provided watchOS 8 on the Apple Watch Series 7 out-of-the-box. The new operating system, which was unveiled at WWDC 2021 in June, comes preloaded with an upgraded Breathe app that is called Mindfulness to help enhance your wellness both physically and mentally.

With the larger display, the Apple Watch Series 7 also offers additional larger font sizes and a new QWERTY keyboard that can be tapped or swiped with QuickPath to let users slide a finger to type.

Apple claims that the Apple Watch Series 7 can last for up to 18 hours on a single charge. It is identical to the last year model. But nonetheless, Apple says that the new Apple Watch provides 33 percent faster charging.

The Apple Watch Series 7 comes with an IP6X-certified build that is meant for dust resistance. There is also the WR50 rating for water resistance. Moreover, the new Apple Watch is bundled with a Magnetic Fast Charger USB-C Cable and supports all Apple Watch wristbands that are designed for earlier models.