The Fitbit Sense 2 is a health-focused model, whereas the Versa 4 is a fitness-oriented smartwatch. 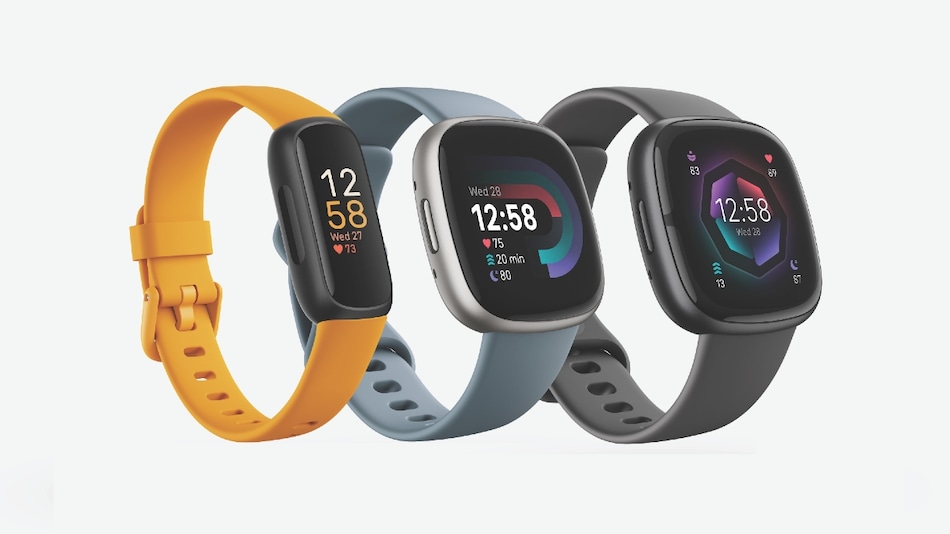 Fitbit launched its next-generation wearables in India on Thursday. This lineup includes the Fitbit Versa 4 and Fitbit Sense 2 fitness watches as well as the Fitbit Inspire 3 fitness tracker. Fitbit claims that these new wearables are thinner and more comfortable than its previous models. They are packed with features such as heart rate monitoring, blood oxygen (SpO2) tracking, sleep trends, stress response, and more. Notably, the Fitbit Versa 4 and Fitbit Sense 2 are said to offer up to 6-day battery life, whereas the Fitbit Inspire 3 can supposedly last for up to 10 days per charge.

The Fitbit Sense 2 comes in Grey Graphite, Mist Soft Gold, and White Platinum. It can be purchased from Amazon for Rs. 24,999. Similarly, the Fitbit Versa 4 is offered in Graphite Black, Pink Sand, and Waterfall Blue. It costs Rs. 20,499 on Amazon.

Finally, the Fitbit Inspire 3 is available on Amazon for Rs. 8,999. It is available in Lilac Bliss, Midnight Zen, and Morning Glow colour options.

All these Fitbit wearables come with a 6-month Fitbit Premium Membership.

The Fitbit Sense 2 and Versa 4 are compatible with both Android and iOS devices. They are said to offer battery life of up to 6 days and fast charging, which is claimed to provide a day's worth of battery life with a 12-minute charge. Their display features an always-on mode. Both models also feature built-in GPS and a side-mounted navigation button.

The Fitbit Sense 2 is a health-focused smartwatch that features a new Body Response sensor to assist users in managing stress. Through Fitbit's ECG app and PPG algorithm, the device can detect signs of atrial fibrillation, heart rate variability, skin temperature changes, and more.

Meanwhile, the Fitbit Versa 4 is a fitness-oriented model with over 40 exercise modes. There are also features like real-time stats, Active Zone Minutes, a Daily Readiness Score, and more to help users achieve their daily activity goals.

The Fitbit Inspire 3 is an easy-to-use fitness tracker that is claimed to have battery life of up to 10 days. It sports a bright colour touch display with an always-on mode. This fitness tracker is designed to automatically detect exercise and store up to seven days of detailed motion data. It is also water-resistant up to 50m, making it suitable for use when swimming. The Inspire 3 is equipped with an optical heart rate monitor, an SpO2 blood oxygen sensor, and an ambient light sensor.