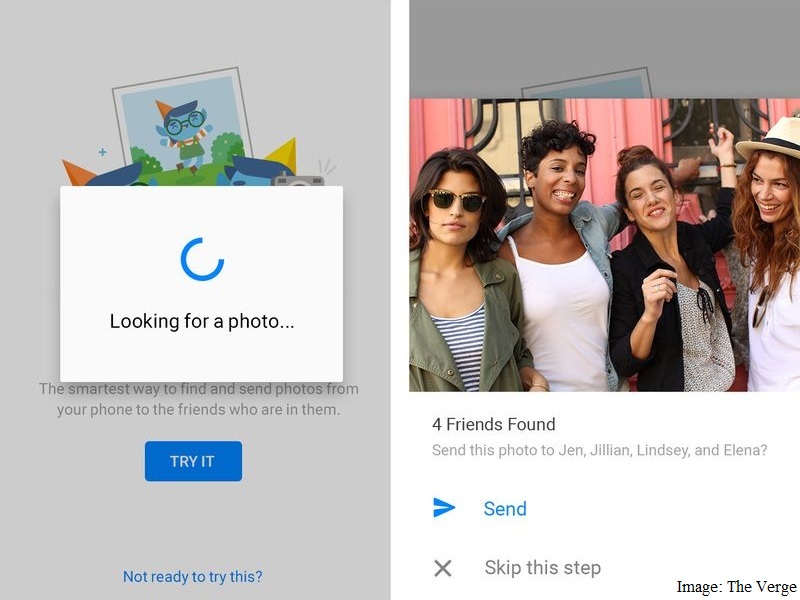 Facebook, in a bid to gain user traction for its Messenger app, has rolled out a new feature called Photo Magic, which would let users share photos more easily than before. The app feature is currently limited to Australia and would later reach other regions. The feature would arrive in the US as well, as per Facebook messenger chief David Marcus.

While only Facebook Messenger for Android has the Photo Magic feature, it will be made available for iOS later this week.

Photo Magic is a facial recognition feature that accesses the device's camera roll, identifies friends, and then asks users whether they want to send the images to the identified friends. After scanning the images and identifying the friends, users would get a notification along with a 'Send' button to share it without even opening the messaging app.

If an image has multiple friends, Photo Magic would create a new message thread in Facebook Messenger when the images are sent. If users decide to open the app instead of sharing via notifications, they would get a preview of the message along with the recipients and the option to include a custom message.

The idea of Photo Magic comes from a collaboration between the Facebook Messenger and Moments team, reports The Verge. For those unaware, Moments app already uses a similar face recognition technology.

Although this is a nifty feature for sharing images on Messenger, some users might find it objectionable as Facebook would be scanning through each and every image from the user's camera roll. However, the new feature can be switched off Facebook Messenger's Settings section. Users can also opt out from having their faces recognised, and can turn notifications off.