Android and iOS users can look at Street View images from previous years on the Google Maps mobile app. 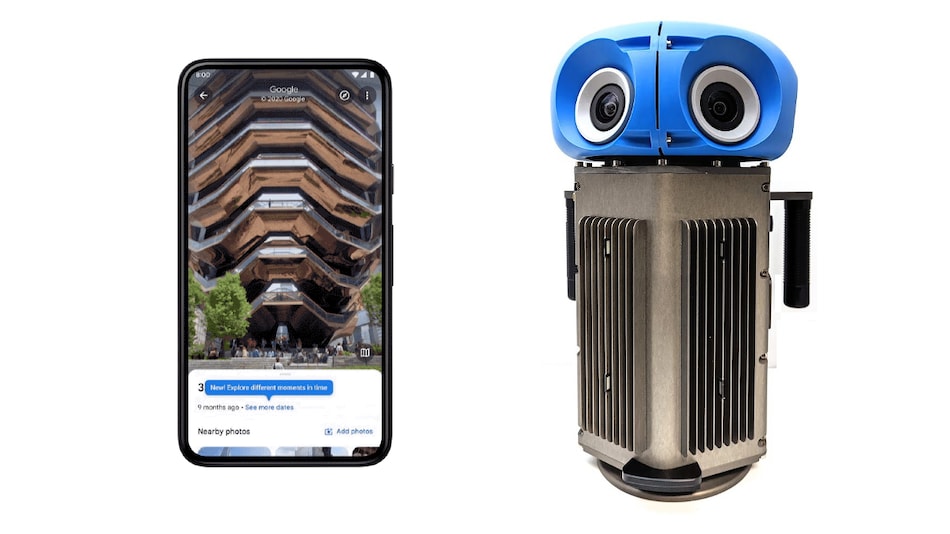 Google is celebrating the anniversary of Street View on Google Maps with the release of new features and a brand new camera. To start with, the company is bringing the iconic Street View feature that encompasses 220 billion images in over 100 countries and territories, to mobile. With the new update, Android and iOS users can look at historical Street View images from previous years on the Google Maps mobile app. Google has also unveiled a new camera to collect more Street View data. The new device weighs less than 15 pounds and will be available alongside Google's Street View cars and Trekker backpacks starting next year.

The search giant via a blog post on Tuesday detailed new features that Google Maps is rolling out to commemorate the 15th anniversary of Street View. The Street View feature is getting upgrades and is coming to Android and iOS platforms allowing users to explore historical Street View images from previous years on the Google Maps mobile app. While viewing Street View imagery of a place, users can tap anywhere on the photo to see details about the location. Then tap See more dates to travel back to see the historical imagery Google published of that place when the feature launched back in 2007.

Additionally, the company is piloting a new portable camera to capture high-quality images of traditionally under-mapped areas like the Amazon jungle. The new camera has a compatible design and it weighs less than 15 pounds. According to Google, it is roughly the size of a house cat. It will be fully rolled out next year. It comes with a modular design and options for customisation and can be attached to any vehicle with a roof rack and operated right from a mobile device.

To mark the 15 years of Street View, Google is allowing users to customise the chevron icon that represents their vehicle when in navigation mode to a celebratory Street View car. Furthermore, the Pegman indicator will be dressed up in a birthday hat and balloons. This is only available on the desktop service.