Vijay Sekhar Sharma says that it will take India 5-10 years to transition to digital payments. 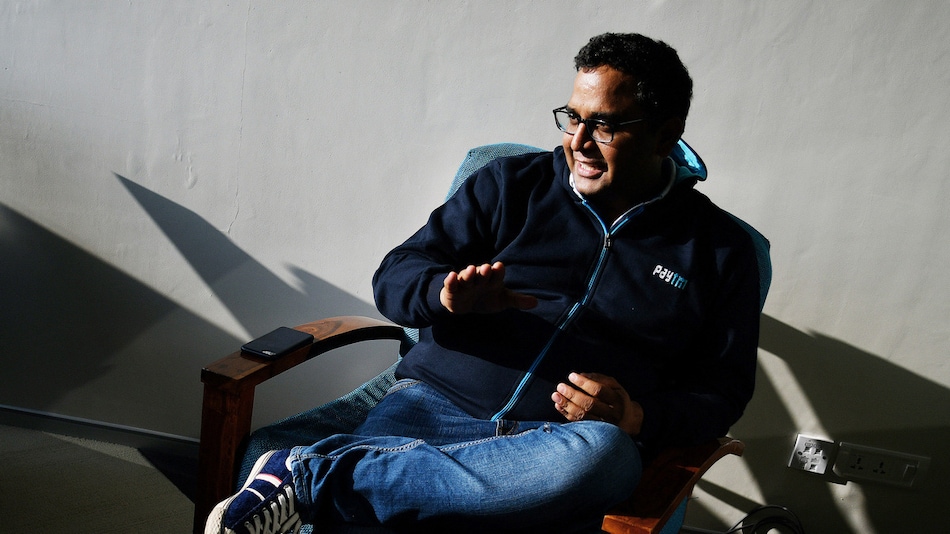 Even more than three years after demonetisation and all-out efforts to make most transactions through electronic, cash is still king, as it thrives in a digital India, said fintech start-up Paytm founder Vijay Sekhar Sharma. Asserting that it would take 5-10 years for India to make the transition to digital payments from the traditional mode of cash, Sharma, 41, said the e-payment industry benefitted more from the November 8, 2016 note ban and withdrawal of old Rs. 1,000 and Rs. 500 denominations.

"While cashless economy is not possible in India, less cash economy will be in the future. Less cash is the only solution, not the elimination of cash," Sharma told IANS in an interview after unveiling an all-in-one payment gateway on Tuesday.

"I think it (demonetisation) helped the industry despite lack of specific help. But the world has changed since then. It is about the scale of distribution of merchants that is what is propelling digital payments," said Sharma.

Most of the cash not only came back into circulation, but also remains as the mode of payment for the majority due to its convenience for the people used to such transactions.

Paytm also does not levy a service charge to small merchants for its payments services, unlike organised players like Uber.

"Though there is a monetisation model, the merchants who are small shopkeepers, become our financial services customers as they open a bank account, which is profitable."

"Basically, payments, cloud, commerce and financial services are a cohort we follow. So, payments is our customer as well as merchant acquisition. If it breaks even, we are happy because other line items make more money, he affirmed.

Noting that in a market like India, one cannot price services at a premium unlike in a developed country like the US, the billionaire businessman said a consumer in a developing country would not be able to afford such a hefty charge.

Forbes ranked Sharma as India's youngest billionaire in 2017, with a net worth of $2.1 billion.

While several countries operate on the model of higher service charges, Sharma said newer business models have to be discovered in India, as customer lifecycle value is accounted for more stages than in other nations.

Asked about an upscale retailer like Zara not giving a wallet payment option during its recent end of season sale in Bengaluru, Sharma said Paytm was addressing such hiccups with its all-in-one payment solutions.

"It's an opportunity, because if the retailer has our all-in-one point of sale machine, where in they enter the amount, it shows both the Quick Response code (QR) and card payment options," he observed.

"If you notice, they look like feature phones and the modern day card machine is more a smartphone like. You can add the smatphone components, which can add the features," reiterated Sharma.

Though Paytm's all-in-one QR point of sale machine integrates the billing system, its chief executive said it was not ideal to have an independent QR feature.

Paytm has 16 million strong merchant user base, which Sharma aims to raise to 26 million base in the next one year.

Sharma has launched in this tech city an all-in-one payment gateway and Paytm Business Payments solution, which enable digital payments through multiple methods for small and medium enterprises (SMEs) and an Android point of sale machine.

With the new gateway solution, collecting digital payments through multiple methods can be achieved seamlessly while Paytm Business Payments solution enables automated vendor payments, including employee salaries and customer refunds among others.

The One97 Communications-owned Paytm aims to help SMEs streamline and digitise their business activities using its new solutions, which enhance the overall efficiency of both accepting and making payments.

Paytm has a data bank of over 200 million saved cards and bank accounts, a feature which enables partner apps to shorten transaction times and propel faster conversions while using the all-in-one payment gateway.

Complementing the two solutions, Sharma also launched an all-in-one Android point of sale machine, which can accept payments through all forms such as cards, wallets, UPI apps and even cash.

The device has a QR code that supports all contact and contactless payments, coming with integrated billing software customized solutions for different sectors such as catering, ticketing, parking and others.

The handheld Android device is equipped with an in-built printer, scanner and can also generate bills.

Valued at $16 billion, Paytm is not alone in the fiercely competitive Indian fintech space where a dozen players like PhonePe, MobiKwik, Kotak 811 and deep-pocketed international giants Google Pay and Amazon Pay are in the fray.