Microsoft Cortana Appears as a Separate App on Microsoft Store 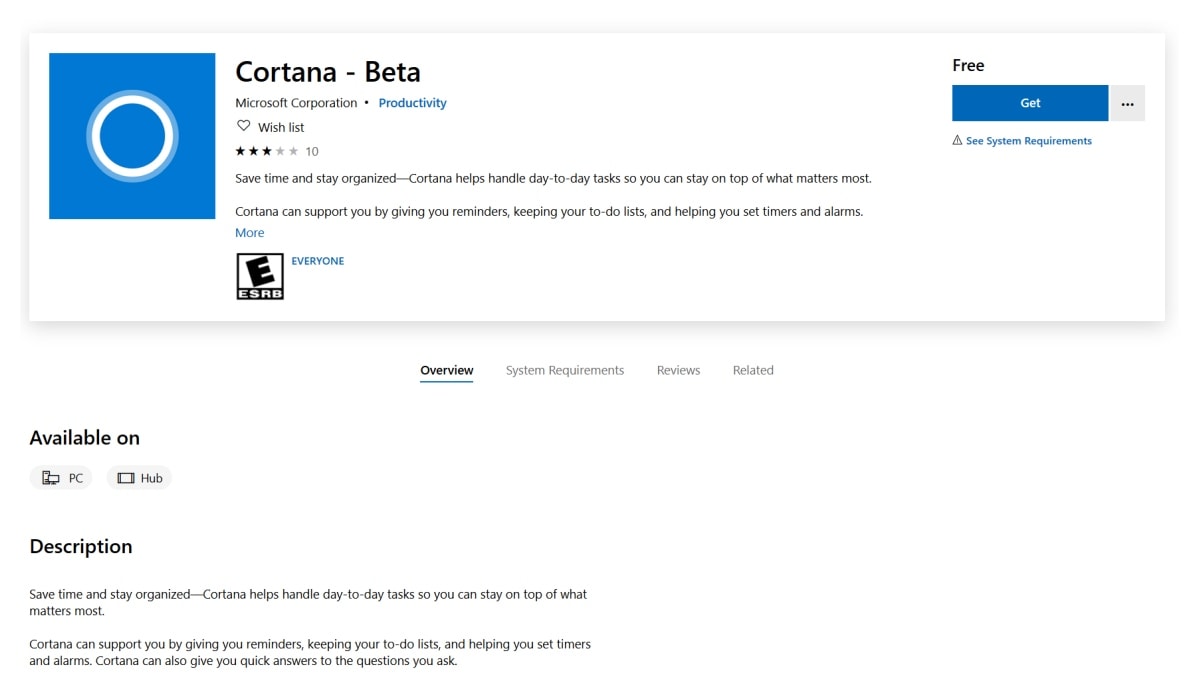 Hinting that its voice assistant app does not always come built-in, Microsoft is planning on moving Cortana as a separate app in the Windows store.

A Cortana beta that has appeared in the Microsoft Store has ignited speculations, The Verge reported on Friday.

Rumours of Microsoft distancing Cortana from Windows 10 first started when the software major decoupled Cortana from Search in the May 2019 update of Windows 10.

However, Cortana was always built as a Web-based service hence it could be updated without core Windows 10 changes.

As of now it is not immediately clear what Microsoft has planned here, but it is likely connected to the upcoming beta phase of the next Windows 10 update code-named 19H2.

Microsoft had planned to start testing 19H2 by now and originally promised a spring release to testers, the report said.

The company has been surprisingly quiet about what 19H2 even includes but it is expected to arrive later this year with a full Linux kernel.

Microsoft even started testing its first 2020 Windows 10 update ahead of 19H2 and it continues to issue builds to testers, the report added.

Huawei's Fortunes Improve, as Trump Says US Firms Can Sell Equipment to It