Microsoft is expanding the feature-set of the Your Phone app. 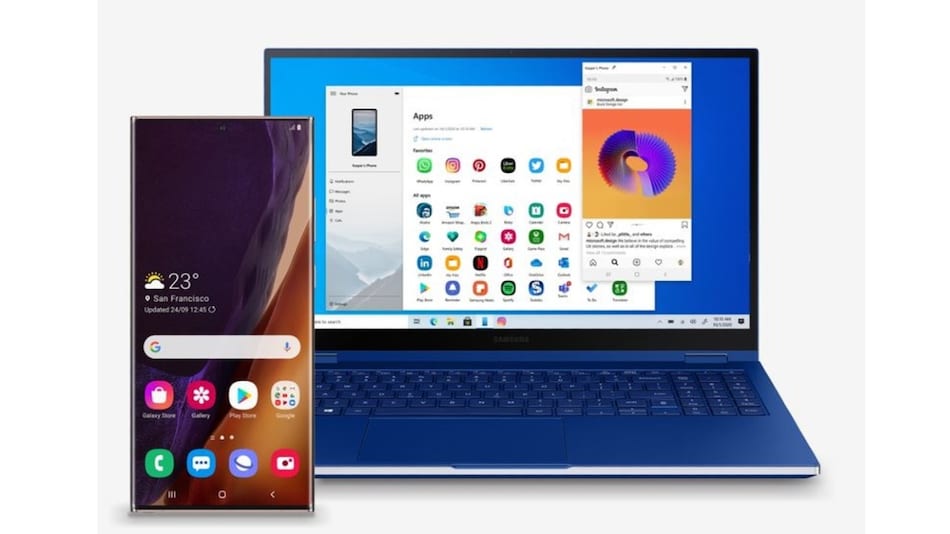 Microsoft has rolled out a new feature in the Your Phone app that will let users of the new Samsung Galaxy Note 20 series phones to run Android apps on their Windows 10 PC. The Galaxy Note 20 series owners will also be able to take calls, check notifications, and see photos and messages like other Samsung Galaxy devices. According to an online report, the feature will initially be limited to Windows Insider users. Also, in the beginning, the feature will allow users to open just one app on their Windows PC, and by later this year, they will be able to run multiple apps together.

As mentioned, the new feature expands on the previously available feature-set of Microsoft's Your Phone app. While Microsoft's partnership with Samsung enables mobile app access on PC, the same is unlikely to be accessible to users with Android smartphones from other manufacturers.

Through this seamless connection of Microsoft and Samsung, the Galaxy Note 20 series users will be able to access Android apps from their phone directly on the Windows 10 PC using the Your Phone app. The users will also be able to pin the apps to the Windows 10 Start menu or the taskbar, for easy access. Launching an app on your Windows 10 will open it on a separate window, allowing you to use applications without the need of picking up your phone.

Microsoft has, however, warned that some Android apps may not work seamlessly with the new feature. The app may not respond to the keyboard/mouse and require a touch screen instead, or some apps may restrict the content shared on other screens. As mentioned, The Verge claims that the mobile app access on Windows 10 PCs will be limited to Insider users and later rollout to all.

Announcing the integration in a blog post, Microsoft said that while things had changed in the pandemic, some things remained the same – the need to connect, work, play and enjoy life.

“Together, Microsoft and Samsung are addressing these needs, creating experiences and devices that are easier to use than ever before while providing greater flexibility and access to the tools you need from any place at any time,” said Microsoft. The ability to run multiple apps simultaneously will start rolling out in November 2020.

In addition to mobile app access on mobile, Microsoft also revealed several other integrations that will make it easier for Samsung Galaxy Note 20 series users to access their phone's contents on Windows PCs. OneDrive will be integrated with the Samsung Gallery app that will allow the easy syncing of photos and videos. Notes from Samsung Notes on the newly launched Samsung Galaxy Note 20 will automatically sync with OneNote feed in Outlook or on the Web, too. Samsung Reminders will also be easy to sync from the new phones to Windows PC.