The Ultimate Ears Boom Bluetooth speaker was a unique product, and brought the Logitech-owned company to the fore as a capable manufacturer of personal audio equipment. Although it was expensive, it won approval from experts and buyers everywhere. Today we're reviewing its successor, the UE Boom 2.

Although launched globally nearly a year ago, the speaker was unveiled in India only last month at a price of Rs. 15,995. There are some improvements over its predecessor, and we've explored these in-depth in our review. Read on to find out everything we know about the UE Boom 2 Bluetooth Speaker. 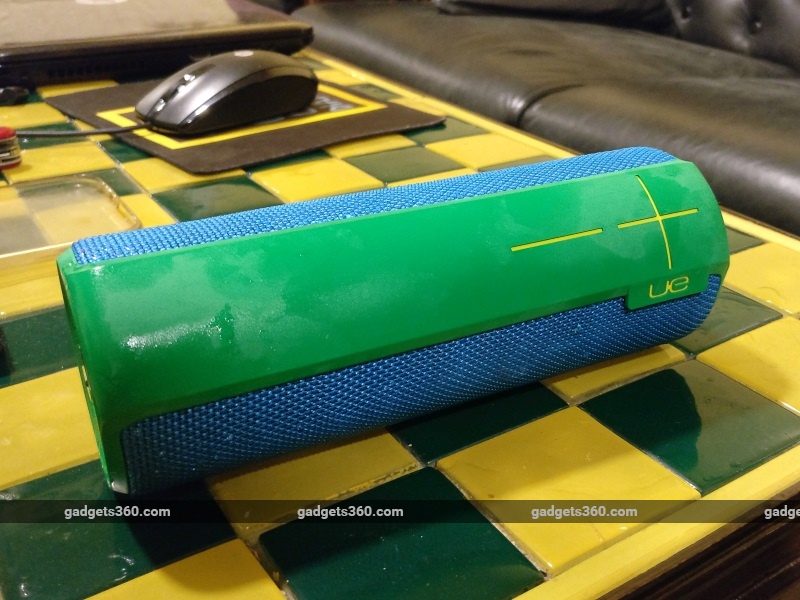 Design and specifications
The UE Boom 2 retains the look of the original Boom, which is a good thing, considering that we quite liked it. There are some rather interesting colour options for this speaker, and we loved our blue and green review unit. The device has a tube-like design, with a fabric cover over the speakers and a rubber strip along one side that wraps around the top and bottom. These interesting colour schemes and the general eye-catching looks help the speaker stand out in a crowd.

Notably, the UE Boom 2 is waterproof, with an IPX7 rating that allows you to submerge it entirely for up to 30 minutes at a depth of 1m. We tested this, and are happy to say that the speaker works fine even after being submerged in water. The ports at the bottom are sealed off, but even if you accidentally forget to seal these and water gets in, there's no way for it to reach and damage the speaker drivers. 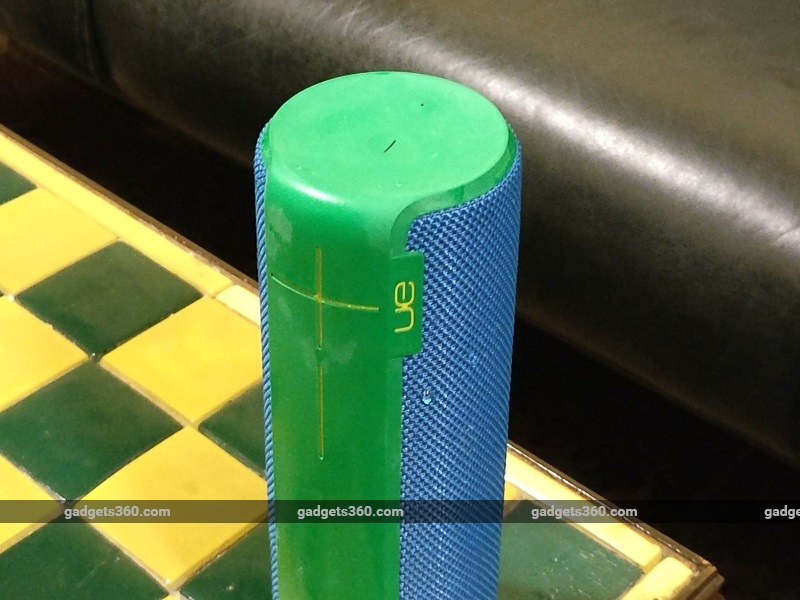 The power and function buttons are at the top, while the volume buttons are along the side. Unfortunately, these are physical buttons and require some effort to press; touch-sensitive buttons would have been a lot better considering the design of the speaker. Furthermore, you can't skip tracks from the speaker itself.

The bottom of the Boom 2 has the 3.5mm socket for wired connections, along with the Micro-USB port for charging. Both of these are sealed with rubber flaps during normal use, to ensure waterproofing. We aren't happy with the position of these two ports though. The speaker is meant to be used upright for the best sound, and plugging in either an auxiliary cable or a charger at the bottom means that it will have to be placed horizontally. It's neither stable nor sounds as good in this orientation.

Although there is no pause/play button on the UE Boom 2, you can lift the speaker and lightly tap at the top. This usually works, but is inconvenient and we found it easier to use the paired smartphone instead. Even controlling volume is simpler on the source device because of how unintuitive the Boom 2's controls are. 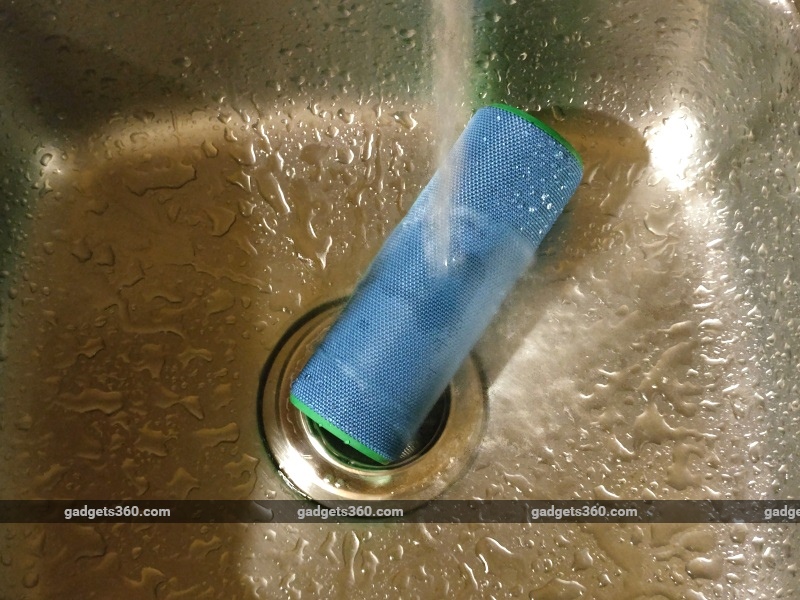 The UE Boom 2 weighs 544g, and has a frequency response range of 90-20,000Hz. There are two 45mm active drivers, along with two passive radiators. Up to eight devices can be paired with the Boom 2; two of them at the same time. Ultimate Ears claims a battery life of about 15 hours on a full charge, and we got close to this amount of usage time.

There's also an app for iOS and Android, which lets you control volume, equaliser, alarms and settings on the speaker, including downloading and applying firmware updates. Ultimate Ears has recently announced Google Now and Siri integration with a firmware update; we could not get it to work, likely because the update had not yet been delivered. However, the app is well designed and easy to use, and is definitely worth downloading on your phone if you buy the Boom 2. 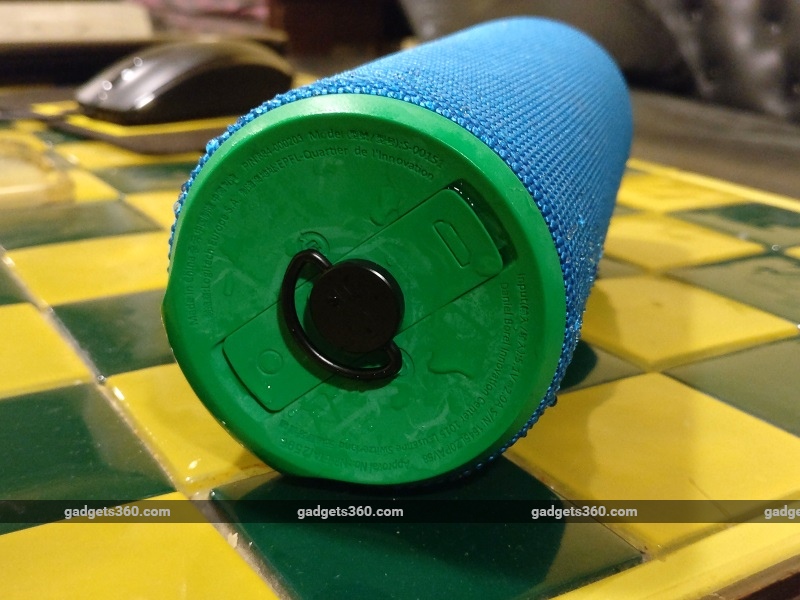 Performance
We tested the UE  Boom 2 with a OnePlus 3 (Review) paired using Bluetooth for the most part, but we also tried it using a stereo cable plugged into the 3.5mm socket. Focus tracks for the review were Foster The People's Life On The Nickel, Coldplay's Adventure Of A Lifetime, and an uncompressed operatic version of Sting's Walking On The Moon.

Starting with Life On The Nickel, we found the sound of the UE Boom 2 to be incredibly clean and three-dimensional, which is not something we usually expect from portable speakers. The use of two distinct channels and the cylindrical body result in an impressive throw that helps achieve this level of openness in the sound, and it's certainly well suited for outdoor and group listening. The intense beat in the track sounded pleasing and full, to say the least. However, it's best to not turn the volume up too high because this leads to a fair amount of distortion. 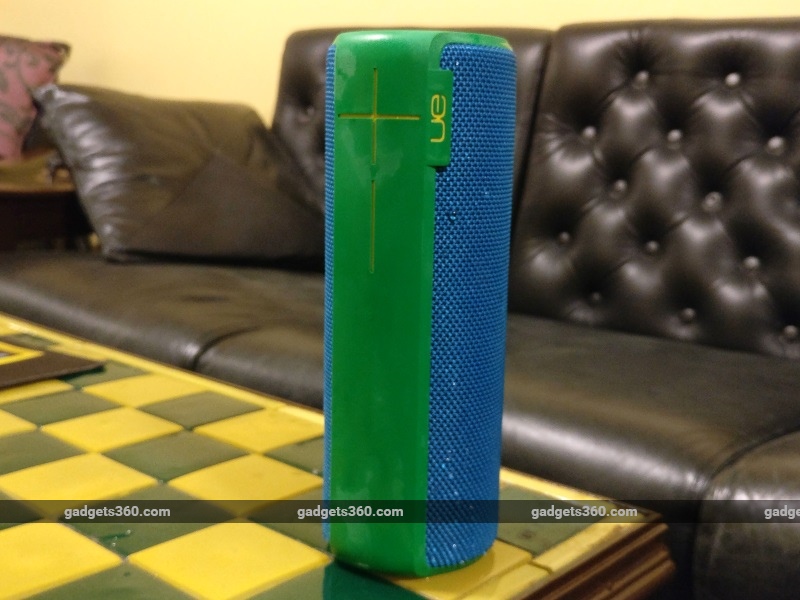 With Adventure Of A Lifetime, we had a chance to listen to the sound across the frequency range, and were impressed with how capable the speaker is. Although sub-bass levels aren't fantastic, the mid-bass is strong and the sound remains solid through the mid-range and highs. Although some thump is lacking, it's more than made up for in excitement, drive and attention to detail. The strong mid-range also ensures that vocals sound better than on other wireless speakers.

Finally, with Walking On The Moon, we had a chance to turn the volume up and see how loud the Boom 2 can get. The use of a high-quality audio track meant that distortion wasn't quite as bad as before, and we got a sound that is loud, strong, and easily capable of filling a room or powering your outdoor listening. The sound has a booming quality, especially with the mid-bass which reverberates strongly. Instrumentals are incredible to listen to, and sonic separation is unparalleled when it comes to wireless speakers. 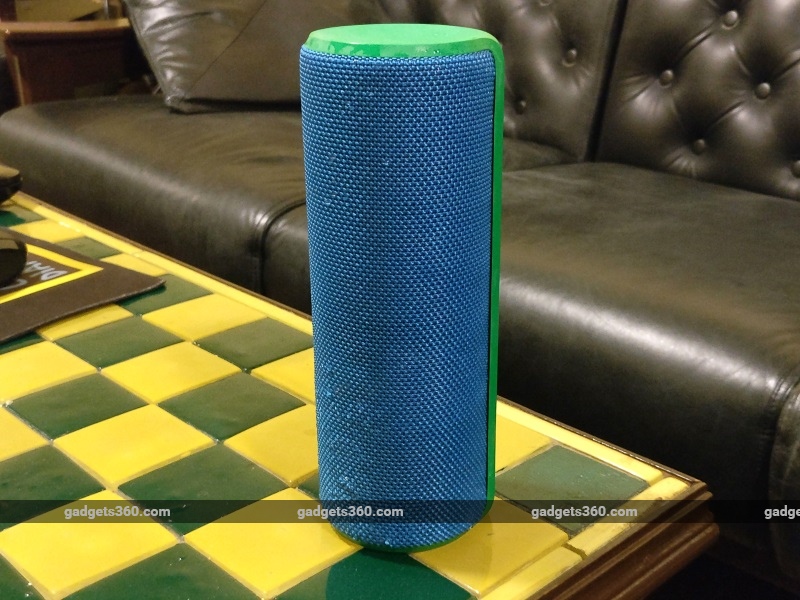 Verdict
Ultimate Ears has a great product on its hands with the Boom 2. It looks good, sounds great and is waterproof, making it ideal for outdoor use. Although the controls are a bit bothersome and you're better off using your phone to control the speaker, the pros far outweigh the cons with this product.

At Rs. 15,995, the Boom 2 is definitely on the expensive side. However, the clean, open and capable sound does justify the price to some extent, and all of this is complemented by the fact that this speaker looks fantastic and won't be defeated by the elements. It's definitely worth considering if you're looking at buying a new premium wireless speaker.

EU, US Agree on Changes to Strengthen Data Transfer Pact
Apple Asks US Supreme Court to Rule Against Samsung Over Patents