GoPro Hero 10 Black Bones is equipped with a GP2 processor. 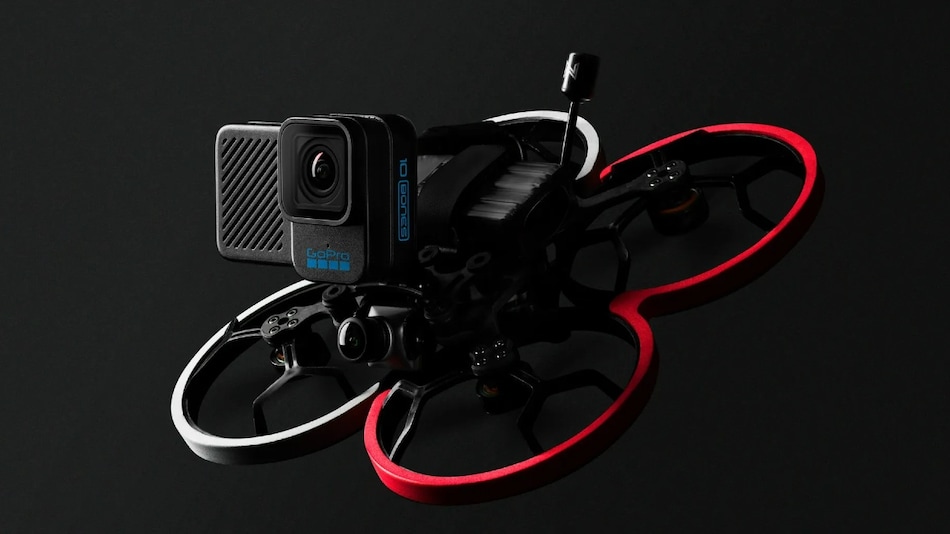 GoPro decided to release the Hero 10 Black Bones after it realised that drone pilots were already chopping down GoPro cameras to improve the flight time of their drones. As mentioned earlier, this camera is custom-designed for capturing FPV shots.

The camera features a premium high-performance imaging pipeline powered by the GP2 processor, which is capable of recording 5.3K videos at 60fps, 4K videos at 120fps, and 2.7K videos at 240fps. It comes with licences for premium features like the Emmy-winning ReelSteady stabilisation technology. As mentioned earlier, GoPro Hero 10 Black Bones weighs only 54g, making it an ideal choice for 3-inch class or larger drones. Its stripped-down enclosure allows for improved airflow and cooling, enabling drone pilots to record for extended periods.

The company has acknowledged the hazards of shooting with drones and fitted the Hero 10 Black Bones with replaceable lens covers. It has also made the camera compatible with most of the existing drone batteries. GoPro has provided multiple control options for the camera, including two physical buttons on the camera itself. You can use the GoPro app or other applications to operate the camera wirelessly. Furthermore, you can connect the camera directly to your drone's transmitter to operate it from the flight controller.