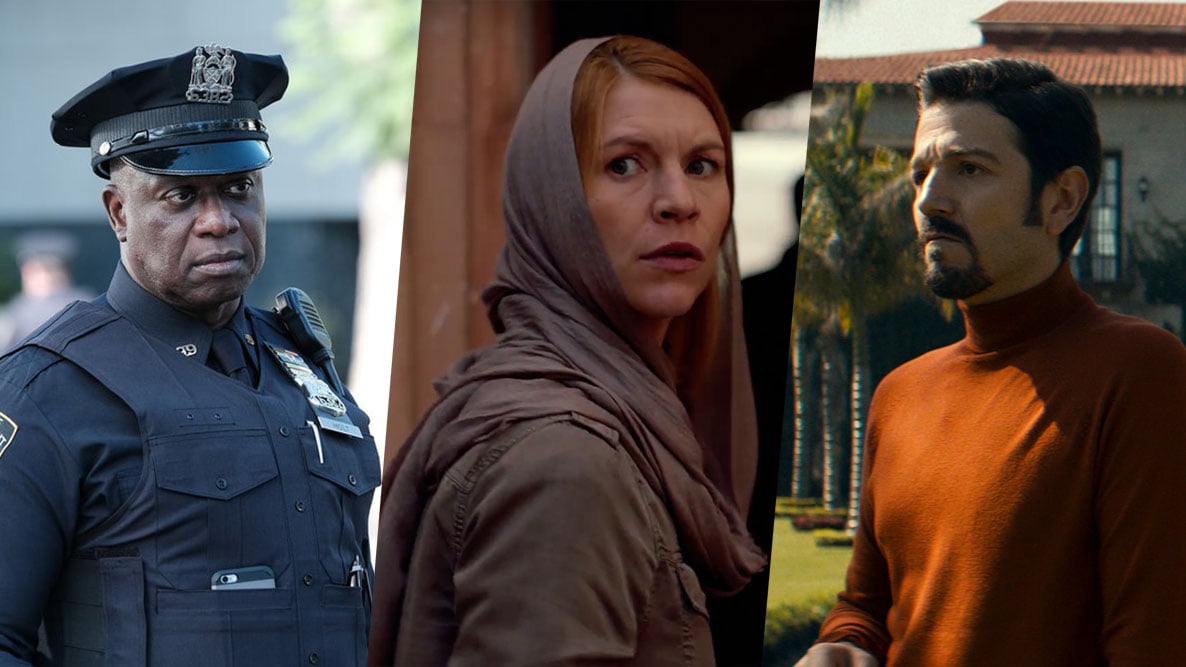 The start of the year — January — brought the first genuinely good series for Apple TV+ in Little America, an anthology about immigrants from the makers of The Big Sick and Master of None. It also brought about the end of BoJack Horseman, one of the best animated shows of our time. Meanwhile on domestic shores, both Netflix's Jamtara, about small-town teenagers pulling off phishing scams, and Amazon's The Forgotten Army, centred on the Subhash Chandra Bose-led Indian National Army from Kabir Khan, were a let-down, especially because they had a lot of potential to begin with.

January also saw the return of Seinfeld co-creator Larry David's comedy Curb Your Enthusiasm after two years. And then there was the return of Jean-Luc Picard (Patrick Stewart) in Star Trek: Picard, nearly two decades on from his last appearance. Both have been well-received and will continue airing across February. Speaking of the new month and returnees, we have new seasons of Brooklyn Nine-Nine, Narcos: Mexico, and Last Week Tonight with John Oliver to look forward to. Elsewhere, Al Pacino will be hunting Nazis, Carrie Mathison has her last hurrah, and Anthony Mackie dons a new sleeve.

When: February 4
Where: Hotstar

In the late eighties, McDonald's tied up with Monopoly for a contest in the US. In 2000, investigators uncovered a nationwide conspiracy and fraud amounting to $24 million, involving an ex-cop and security chief, who had been stealing the most valuable game pieces and giving them away to his friends and family. This true crime series documents how it happened for over a decade. Mark Wahlberg is an executive producer.

When: February 7
Where: Netflix

After a failed TV pilot and film trilogy plan, Joe Hill's eponymous comic book series is finally getting a series treatment. In it, three siblings and a single mother move to their ancestral Massachusetts home after the murder of their father. There, they discover magical keys that grant them access to a variety of powers and are subsequently hunted by a demon who also wants the keys. Lost showrunner Carlton Cuse is part of the creative team.

When: February 7
Where: Apple TV+

From the creative team of It's Always Sunny in Philadelphia — Rob McElhenney, Charlie Day, and Megan Ganz — comes a new comedy about a team of video game developers who are working on a very popular title. McElhenney also stars alongside Danny Pudi (Community), F. Murray Abraham (Homeland), Imani Hakim (Everybody Hates Chris), and David Hornsby (It's Always Sunny in Philadelphia). Already renewed for season 2.

When: February 8
Where: Hotstar

In its fourth season on HBO — after six on Vimeo as a Web series — Ben Sinclair's weed delivery guy The Guy has a new canine companion in the sidecar of his new transport vehicle, a bike. Events will be spread out across a year and focus on “cycles of renewal, webs of human connections, and putting down roots” in New York. Nick Kroll, Rebecca Hall, Larry Owens, and Calvin Leon Smith join returning guest stars.

When: February 10
Where: Comedy Central

The much-loved comedy enters its seventh season with a bit of shake-up at the 9-9 again, as Andre Braugher's Captain Holt is knocked down to a traffic beat cop owing to the events of the sixth season finale. Nicole Bilderback (Dawson's Creek) takes his place as the new chief. Both Lin-Manuel Miranda and Chelsea Peretti, who play Amy Santiago's brother and Gina Linetti, are expected to guest star. Begins with a one-hour special, airing February 6 in the US.

When: February 10
Where: Hotstar

How is this still a thing? Well, for what it's worth, Carrie Mathison (Claire Danes) will return for the final time in the eighth season of this spy thriller. As she recovers from her imprisonment in a Russian gulag, she will also need to help her mentor Saul Berenson (Mandy Patinkin), who as National Security Advisor to the US President, is sent to Afghanistan to work on peace with the Taliban.

When: February 13
Where: Netflix

In the second season of this spin-off, Miguel Ángel Félix Gallardo (Diego Luna) struggles to maintain control over his growing empire, thanks to friction between the various “plazas” that are part of his Guadalajara cartel, the torrent of American retribution thanks to the death of DEA agent Kiki Camarena (Michael Peña) in the first season, and the actions of maverick DEA agent Walt Breslin (Scoot McNairy), who leads Operation Leyenda.

When: February 14
Where: Netflix

Sheeba Chaddha (Badhaai Ho), Danish Hussain (Bard of Blood), Neeraj Kabi (Talvar), and Geetanjali Kulkarni (Gullak) star in this “nostalgic exploration of love and longing set against the backdrop of the eponymous monument in Agra.” Made by Viacom18's digital content arm Tipping Point, and created by Pushpendra Nath Misra (Ghoomketu).

When: February 18
Where: Hotstar

The titular comedian returns with his titular weekly news satire show for the seventh year. HBO hasn't announced what topics will be tackled — the trailer below is a celebration of season 6 — though the 2020 American election season will no doubt prominently feature across the season, which traditionally ends in November, around the same time a new US President will be elected.

When: February 21
Where: Amazon Prime Video

In his first regular series role, Al Pacino plays one of many Nazi hunters living in 1977 New York, who have discovered a conspiracy that aims to install a “Fourth Reich” in the US. Created by newcomer David Weil and executive produced by Jordan Peele. Pacino stars alongside Logan Lerman (Percy Jackson films), Kate Mulvany (The Great Gatsby), Tiffany Boone (The Following), Carol Kane (Unbreakable Kimmy Schmidt), Saul Rubinek (Wall Street), and Josh Radnor (How I Met Your Mother).

I Am Not Okay with This

When: February 26
Where: Netflix

From the director of The End of the F*ing World, Jonathan Entwistle, and the producer of Stranger Things, Shawn Levy, this is a coming-of-age story of “a teenage girl who's navigating the trials and tribulations of high school, all while dealing with the complexities of her family, her budding sexuality, and — mysterious superpowers that are just beginning to awaken deep within her.” Based on the Charles Forsman graphic novel.

When: February 27
Where: Netflix

Anthony Mackie replaces Joel Kinnaman as Takeshi Kovacs in the second season of the sci-fi cyberpunk series, which returns after a two-year gap. In it, Kovacs will return to his home planet of Harlan's World with the goal of locating his lost love Quellcrist Falconer (Renée Elise Goldsberry), who only appeared in visions and flashbacks in the first season. Simone Missick (Luke Cage), Dina Shihabi (Jack Ryan) also star. Based on Richard K. Morgan's novel trilogy.