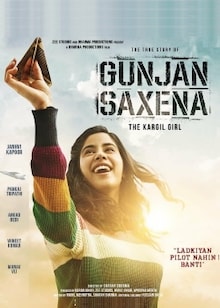 Gunjan Saxena: The Kargil Girl is a biographical drama based on the life of Indian Air officer Gunjan Saxena of Kargil War fame. Saxena was the first lady officer from the Indian Armed Forces to fly in a combat zone, as a part of Operation Vijay (1999). During the operation, she helped with the surveillance and mapping of enemy positions, making of makeshift landing grounds, flying of hundreds of sorties, and evacuating over 900 casualties. The movie begins with Saxena’s (Jahnvi Kapoor) childhood when a chance visit to the cockpit fascinates her to the idea of flying high. While her father (Pankaj Tripathi), who is also from the defence background fully supports her ambition, the rest are sceptical. Her brother (Angad Bedi), in particular, warns her about the Air Force being a male-dominated arena, where Saxena stands no chance. Despite the various patriarchial arguments thrown at her, Saxena gets into the Air Force. Soon she discovers that she is the only female to have been selected and finds herself subjected to several harsh realities and inconveniences due to the male-dominated order of the air force, during her training. Meanwhile, the Kargil War begins. The rest of the story revolves around her role in the war. 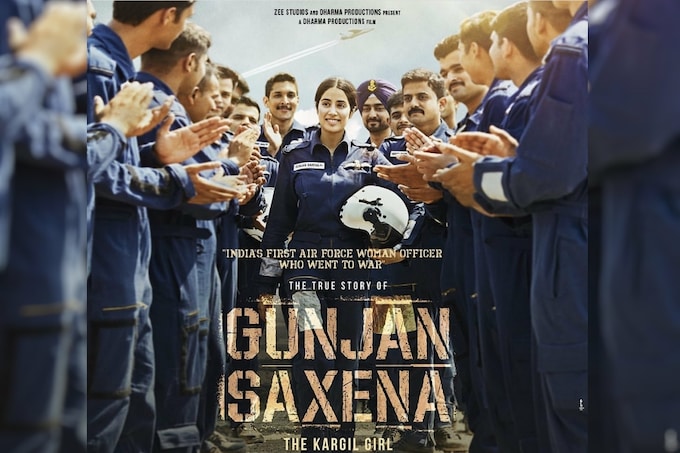 Gunjan’s dream, since her childhood, was to become a pilot and she decides to quit her education after 10th to begin training of becoming a pilot. But when she finally manages to fill the form, after her graduation, she has to back out due to the huge training fees. Later, she bags an opportunity to get trained as a female Air Force Officer after which she heads for further training at the Air Force camp where the senior male officers humiliate her for being the only female in the camp. The story of Gunjan Saxena: The Kargil Girl is an inspiring story with some amazing actors justifying the characters they play in the movie. The movie also shows the relationship between Gunjan and her father (Pankaj Tripathi) who also supports her in her dreams.

This movie is a must-watch if you are looking for a movie that shows a father-daughter relationship and some recreations of the Kargil War, 1999.

Based on the life of Gunjan Saxena, this movie is a must-watch. This movie is available to watch online on Netlix. So wait no more to watch uninterrupted movie online.

Watch the official trailer of Gunjan Saxena: The Kargil Girl to see the journey of dreams turn into reality.