The Hunger Games: The Ballad of Songbirds and Snakes is set to release in November 2023. 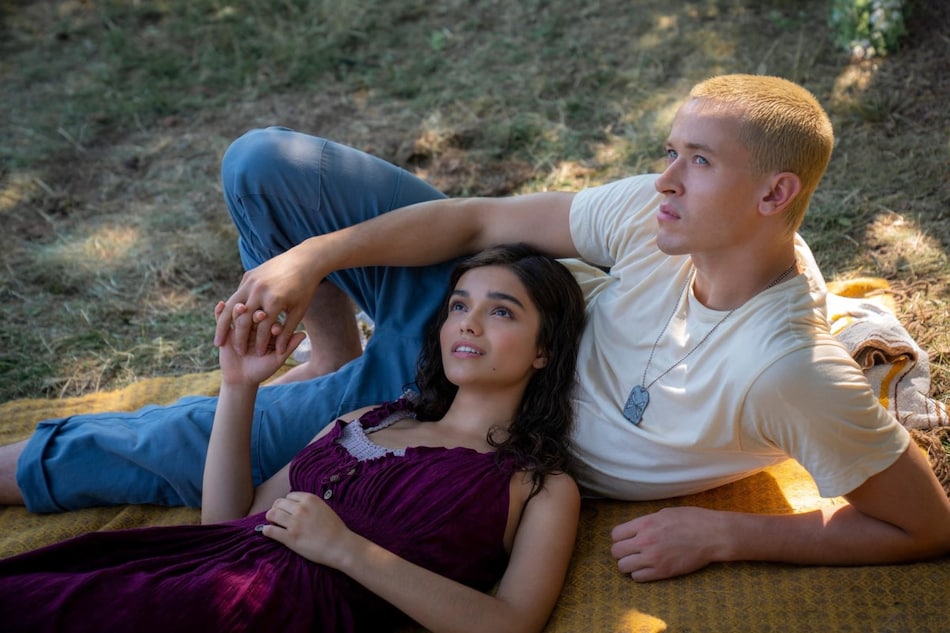 Rachel Zegler and Tom Blyth in The Hunger Games: The Ballad of Songbirds and Snakes

Actor Blyth, who plays the 18-year-old Coriolanus Snow posted the image on his Instagram handle with the cheeky caption: “Sneaky peak at our inconspicuous little movie about 2 totally chill birdwatchers with no emotional damage whatsoever…” The Ballad of Songbirds and Snakes is set roughly 64 years before the events of The Hunger Games movies — long before Snow is appointed as the president of the dystopian land of Panam. As the 10th annual Hunger Games fast approaches, he is tasked with mentoring Zegler's Lucy Gray Baird, the girl tribute from impoverished District 12, kicking off a love story.

“He is a young man finding his way in the world, but he also makes choices that presage the man he is becoming,” producer Nina Jacobson told Vanity Fair. Over the course of the film, Snow will find himself caught between “two forces of nature”: one is the charming Lucy and the other is the new villain Dr. Volumnia Gaul, who serves as the Head Gamemaker and instructor at the Academy. Newly cast Viola Davis (The Suicide Squad) takes on this role, projecting a cruel and commanding figure.

Lucy is supposed to add balance to the franchise's brutal world, adding some charm, thanks to her melodious voice which was first put on display during the reaping ceremony. “This is not with judgment, but Lucy Gray is the anti-Katniss [played by Jennifer Lawrence in past films],” said Lawrence. “She's a musician, she's a performer, she's a charmer…. Snow has never met a girl like this before.”

The two younglings eventually team up, uniting their instincts for showmanship and newfound political command, and race against time to reveal who is the snake and the songbird between them. “It's completely different stylistically, in terms of design, character, and point of view,” said Jacobson. “To be able to show a different side of Panem at a different time in its history has been really exciting.”

The Hunger Games: The Ballad of Songbirds and Snakes is being directed by Lawrence, who previously filmed Catching Fire and Mockingjay Parts 1 and 2. Michael Lesslie (Macbeth) wrote the screenplay, building on the work of young-adult novelist Suzanne Collins. The prequel also stars Hunter Schafer (Euphoria) as Tigris Snow, Peter Dinklage (Game of Thrones) as Casca Highbottom, Jason Schwartzman (The Darjeeling Limited) as Lucretius 'Lucky' Flickerman, Kjell Brutscheidt as Tanner, and Ashley Liao as Clemensia Dovecote.

The Hunger Games: The Ballad of Songbirds and Snakes releases on November 17, 2023, in theatres worldwide.

The Hunger Games: The Ballad of Songbirds and Snakes