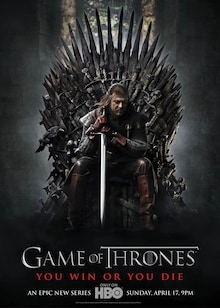 Listen Songs
3.5 ★ 2013 Season 1 English 18+
As nine noble families fight for control over the lands of Westeros, an ancient sinister force lurks beyond the Wall.

An adaptation of A Song of Ice and Fire, the series is based on the best-selling fantasy novel book series by George R.R. Martin — season 1 draws from the first book, "A Game of Thrones". Kingdoms battle with each other to attain the control of Westeros, unaware of the ancient enemy's comeback after being dormant for millennia.

In the unified Seven Kingdoms of Westeros, the long summer is ending, and winter that lasts a lifetime draws near. After the death of the previous incumbent mentor Jon Arryn (John Standing), Lord Eddard Stark (Sean Bean) is asked by his friend, King Robert Baratheon (Mark Addy), to serve as the Hand of the King Eddard but discovers intelligence suggesting that Jon was murdered.

Eddard accepts the offer to plan to use his position, power, and authority to investigate the alleged murder. The exiled children of House Targaryen — whom Robert supposedly killed to attain the throne — residing on the eastern continent of Essos, are planning to return to Westeros.

Viserys Targaryen (Harry Lloyd) signs a deal with Khal Drogo (Jason Momoa), the leader of 40,000 Dothraki warriors, to get his sister Daenerys (Emilia Clarke) married to him in return to get his warriors for the Westeros conflict.

The sworn brothers of the Night's Watch guard the Wall at the border of the Seven Kingdoms. The Wall is a 300-mile-long colossal fortification of ice that has been there for thousands of years. While the Watch is defending the Wall, they are unaware of a new threat that is rising in the lands of perpetual winter. 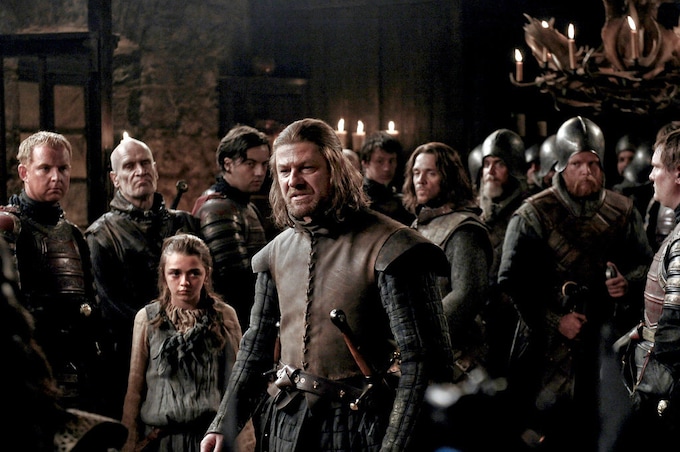