Avatar 4 & 5: James Cameron May Not Direct Sequels, Here’s Why

James Cameron may “pass the baton” to someone else after Avatar 3 as he is working on “some other things”. 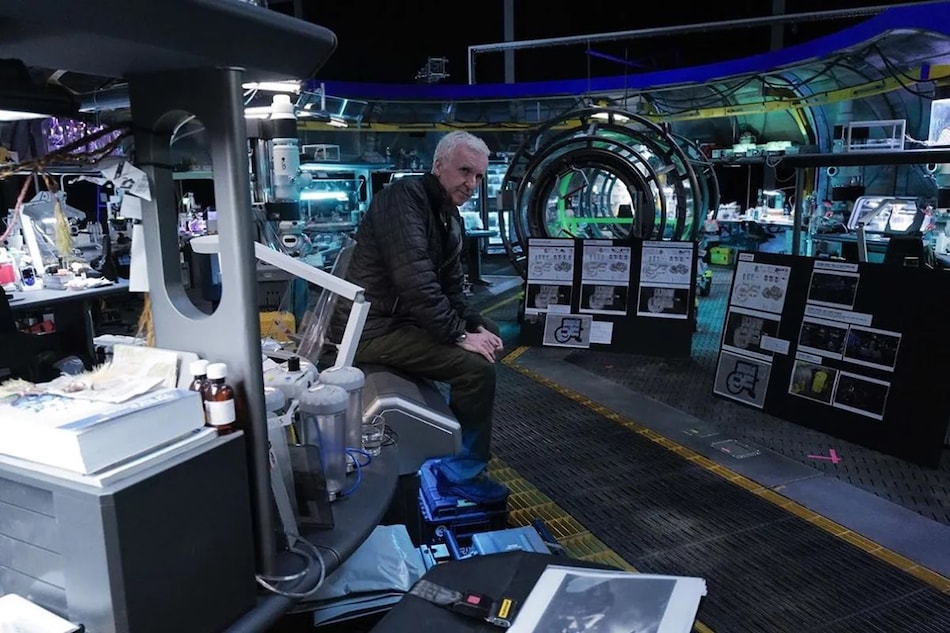 James Cameron on the sets of Avatar: The Way of Water

James Cameron, who has directed Avatar: The Way of Water and is already working on its sequel Avatar 3, may not return for Avatar 4 and Avatar 5 as he plans to work on “some other things”. In a new interview, the Titanic​ filmmaker said that he might “pass the baton” to another director, if he is unable to fit the proposed sequels into his schedule. Cameron, however, didn't drop any hints about who is likely to take over as director when he steps aside, which suggests that he may not have a replacement in mind right now.

Cameron told Empire: “The Avatar films themselves are kind of all-consuming. I've got some other things I'm developing as well that are exciting. I think eventually over time — I don't know if that's after three or after four — I'll want to pass the baton to a director that I trust to take over, so I can go do some other stuff that I'm also interested in. Or maybe not. I don't know.”

The veteran director further revealed that while Avatar 3 is a lock, the fate of its sequels will depend on “market forces”. Cameron added that he, either way, hopes to make Avatar 4 and Avatar 5 as they are part of “one big story”.

While nothing is set in stone, I wouldn't be too surprised if Cameron does indeed go down this route after Avatar 3. He had previously roped in Robert Rodriguez to direct the Rosa Salazar-led cyberpunk actioner Alita: Battle Angel. Cameron initially wanted to adapt that for the big screen, but he was tied up with Avatar: The Way of Water.

Cameron, meanwhile, is awaiting the release of Avatar: The Way of Water, which has garnered a fair deal of attention due to its nearly-wordless teaser. The sequel to 2009's sci-fi movie Avatar is headlined by Sam Worthington and Zoe Saldaña who reprise their roles as Jake Sully and Neytiri, respectively, from the first film. The likes of Stephen Lang, Dileep Rao, and Matt Gerald too return as their respective characters from Avatar. Lang and Gerald interestingly feature in Avatar: The Way of Water despite the fact that their characters died in the first film.

Avatar: The Way of Water releases December 16 in India in English, Hindi, Tamil, Telugu, Malayalam, and Kannada. The second Avatar movie will be followed by three more sequels with Avatar 3, Avatar 4, and Avatar 5 slated for December 2024, December 2026, and December 2028, respectively. Cameron may not return to direct Avatar 4 and Avatar 5.