The Crown Season 5: Netflix Teases First Look Ahead of Release on November 9

The Crown season 6, which is supposed to focus on Diana's death in 1997, is presently in production. 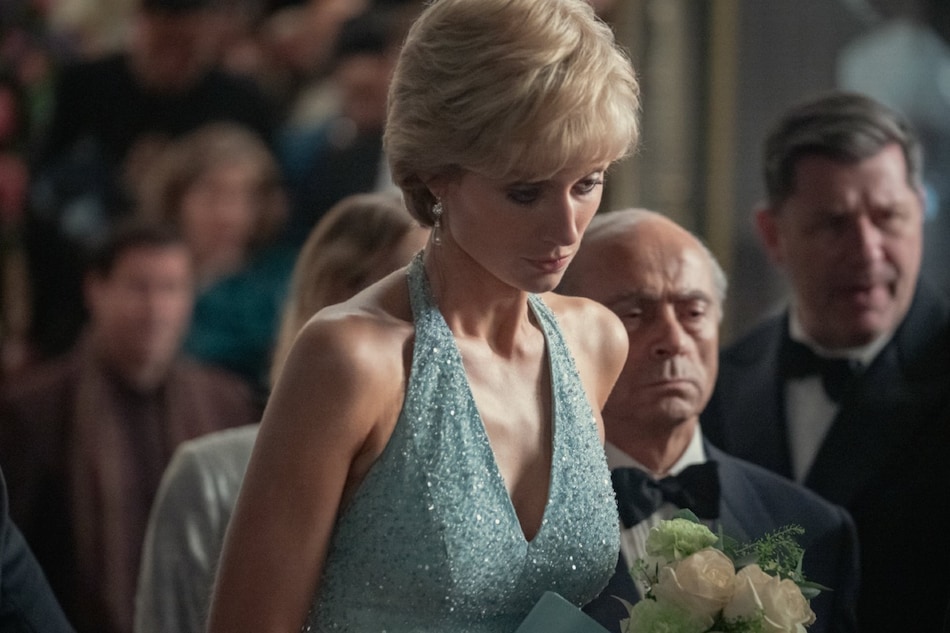 The Crown season 5's first look have been released by Netflix, featuring a brand new cast. The stills from the latest season depict a despondent-appearing Princess Diana (played by Elizabeth Debicki, who replaced Emma Corrin in the previous season), dressed in a sparkling gown and bowing her head as she enters a lavish evening engagement.

In a different shot, Prince Charles (played by Dominic West, who steps in for Josh O'Connor from seasons 3 and 4) and his friend Camilla Parker Bowles (played by Olivia Williams, who takes over for Emerald Fennell) are smiling and cuddling up together outside as they appear to be watching fireworks.

However, in a different, happier photo, Diana and Charles may be seen vacationing with their young boys Prince William (Timothee Sambor) and Prince Harry on a speedboat (Teddy Hawley).

"That's the amazing thing about playing these people at this time, because, in the journey of The Crown so far out of all the seasons, this is the most visual content we have of the royal family," Elizabeth Debicki told Netflix's fansite Tudum, as reported by Variety.

"In the '90s everything had started to be filmed and also it was the birth of the 24-hour news cycle so there's just this incredible amount of content that we have access to. Diana was the most photographed person in the world at that time. As an actor, you open the portal and this huge tsunami of information comes at you. I happily swam around in it," said Elizabeth, as per Variety.

On November 9, The Crown season 5 will be out on Netflix. The series will take the viewers through the late 1980s and early 1990s, one of the most challenging decades for the royal family.

Three of the Queen's four children separated or got divorced in 1992, which she infamously referred to as her "annus horribilis."

The sixth and presumably the last season of The Crown, which is supposed to focus on Diana's death in 1997, is presently in production.