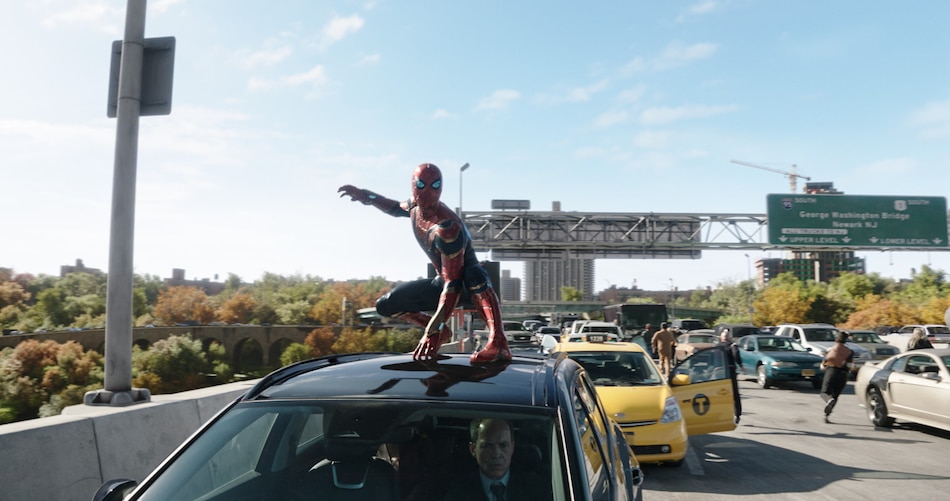 Tom Holland as Spider-Man in Spider-Man: No Way Home

Spider-Man: No Way Home has broken all pandemic records — and it's impressive even by non-pandemic standards. The new Spider-Man movie has crossed the billion-dollar milestone at the worldwide box office after adding $206.5 million (roughly Rs. 1,549 crore) this past weekend. It did so in 12 days. That makes Spider-Man: No Way Home the third-fastest film to do so, behind Avengers: Endgame's five days and 11 days for Avengers: Infinity War. (Marvel is the indisputable ruler.) It's the first film to gross a billion dollars — $1.05 billion (roughly Rs. 7,882 crore) as yet — during the COVID-19 cinema crisis. And one of the few films ever to do so without the help of China.

It's also lighting up India. Since its release on December 16, Spider-Man: No Way Home has earned about Rs. 223 crore ($29.7 million, to be exact) at the India box office. That puts Tom Holland's third Spider-Man movie close to the 20 biggest movies of all time in India. (Endgame is in the top five.) For Sony Pictures India, Spider-Man: No Way Home is already its biggest movie of all time — and the second biggest globally for Sony Pictures behind its direct predecessor, Spider-Man: Far From Home, that made $1.13 billion (roughly Rs. 8,483 crore) during its pandemic-free run in 2019.

Spider-Man: No Way Home has also broken IMAX's 2021 record, having garnered $61.5 million (roughly Rs. 461 crore) in the large-screen premium format as yet.