The three free games will be available to unlock on PlayStation Plus, starting September 6. 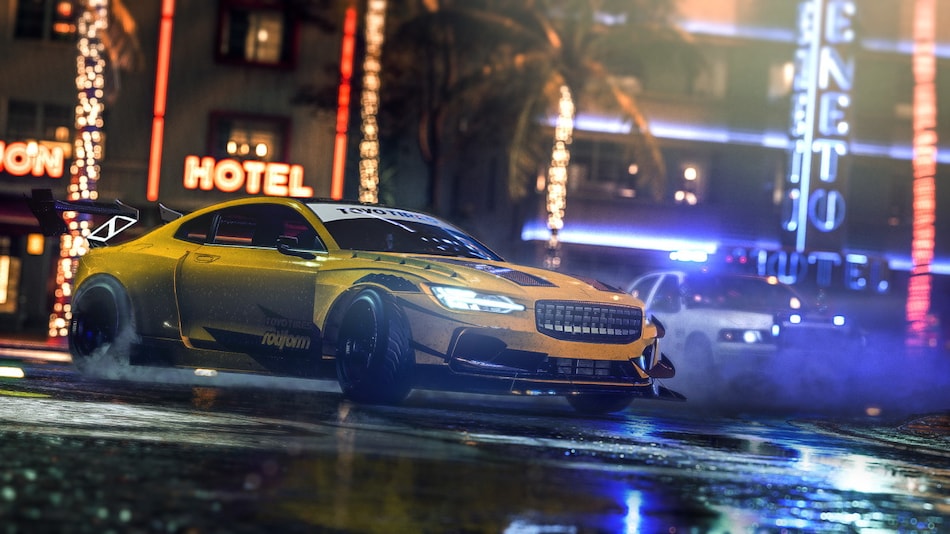 PlayStation Plus' monthly free games for September 2022 have been announced. These games will be available to members of PS Plus Essential, Extra, and Deluxe/ Premium plans, starting next week. On September 6, PS Plus subscribers gain access to racing title Need for Speed Heat, fantasy fighting game Granblue Fantasy: Versus, and hand-drawn adventure title Toem. These titles can be added to your PS games library until October 3, after which you will be required to hold onto your subscriptions to play them.

Sony confirmed the additions on the PlayStation Blog late on Wednesday. PlayStation Plus Premium and Deluxe subscribers will get more titles as part of the Game or Classics Catalogue.

The PlayStation Plus Essential Monthly Games lineup is:

As the third entry in the reimagined Need for Speed series, Heat takes you to the fictional Floridian metropolis of Palm City. As a white-knuckle street racer, you must hustle during the day, participating in sanctioned races in the Speedhunters Showdown. The earned dough can then be used to customise and upgrade your vehicles for the thrill-inducing illicit races at night. It is here that you earn street-cred, build favourable relationships, and make a name for yourself. Need for Speed Heat will be available to play on PS4.

PS Plus September 2022: Granblue Fantasy: Versus

Granblue Fantasy: Versus adds an RPG-esque narrative component to its state-of-the-art fighting game mechanics. It features a colourful cast of 12 fighters, each with their own unique moveset and personalities —- controllable through a four-button mechanic, like most classic fighting titles. In this entry, developer Arc System Works partnered with Cygames, resulting in a high-quality cell-shaded art style and 3D graphics. It was also nominated for the Best Fighting category at The Game Awards 2020, losing to Mortal Kombat 11. Granblue Fantasy: Versus will be available to play on PS4.

This hand-drawn adventure game tasks players with using their photographic eye to uncover the mysteries of the magical land of Toem. You can chat with quirky characters, solve their problems by snapping neat photos, and make your way through a relaxing landscape. The game mostly features a top-down perspective, but switches to first-person when using cameras to solve puzzles. Helping other NPCs earns you stamps, which can be used to take a bus ride and progress to the next level. Toem will be available to play on PS5.

Sony also reiterated that all PlayStation Plus subscribers have one last chance — until September 5 — to add Japanese RPG Yakuza: Like A Dragon, skateboarding game Tony Hawk's Pro Skater 1+2 and puzzle-platform horror adventure Little Nightmares to their library. These are the three free games that were announced for August.