FIFA 23 Leaked a Month Ahead of Launch, Reveals New Player Ratings and Kits

FIFA 23 was accessible to those who pre-ordered the Ultimate Edition on Xbox consoles. 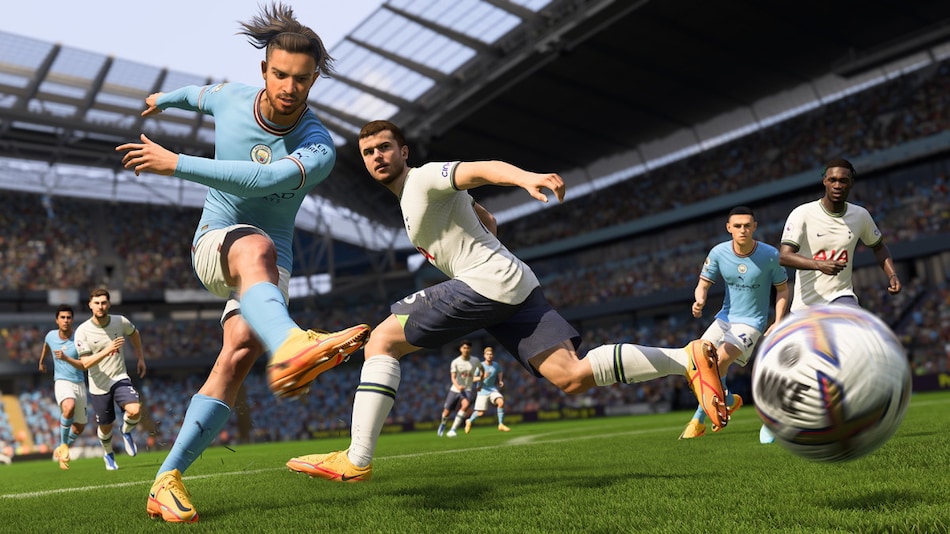 FIFA 23 leaked itself a month early. On Tuesday, EA Sports accidentally made the latest entry to their FIFA franchise briefly playable on Xbox consoles — a whole month before its September 30 launch date. Those who pre-ordered FIFA 23 Ultimate Edition received a preload option, letting them check out the entire game and its roster. The EA Play trial also reportedly went live early, granting players on other platforms early access. FIFA 23 drops on all major platforms including PS5, PS4, Xbox Series S/X, Xbox One, and PC.

Pre-orders for the Ultimate Edition of FIFA 23 were already in the front of the line, receiving three-day early access on September 27. But this mishap allowed them to dive in a whole month early. It wasn't long before people started posting screenshots of the menu, upcoming kits, and the Ultimate Team player ratings on Twitter. One Twitch user named mexico07dan1 also began streaming FIFA 23, before succumbing to an account ban. Clips from the stream are still available online, indicating that it was not a permanent ban.

As for how this happened, VGC reports that a portion of the FIFA 23 Ultimate Edition owners had access to beta testing. But upon updating the version, it somehow unlocked the entire game, splashing game status notifications across their friends' Xbox screens. This mistake also had real-world implications, as FIFA 23 also ended up leaking third kits for Liverpool FC and Atlético Madrid's upcoming season.

On the Ultimate Team side, players were quick to notice Cristiano Ronaldo being downgraded to 81 pace. Other notable leaks include a slew of 91-rated players: Lionel Messi, Kylian Mbappé, Karim Benzema, Kevin De Bruyne, and Robert Lewandowski. Ronaldo has been moved down to the 90-rated group, which enlists world-class footballers such as Mohamed Salah, Manuel Neuer, and Virgil van Dijk.

This was not the only mistake involving FIFA 23 in recent times. Back in July, an Epic Games Store glitch allowed Indian users to pre-order the Ultimate Edition for under Rs. 5. EA Sports later reached out to customers and accepted the error on their part, honouring the massive discount and letting buyers keep the game.

Pre-ordering FIFA 23 Ultimate Edition grants three-day early access, starting September 27 and offers a bunch of in-game rewards. Players receive 4,600 FIFA Points to spend on their Ultimate Team, an FUT Ones to Watch Player Item, a Team of the Week 1 Player, and cover star Kylian Mbappé as a Loan Item for 5 matches.

FIFA 23 is out September 30 on PC, PS4, PS5, Xbox One, and Xbox Series S/X. As an alternative to purchasing the Ultimate Edition, EA Play Pro subscribers get three-day early access as well. FIFA 23 Legacy Edition will be available on Nintendo Switch.