Steam Summer Sale 2019 Kicks Off: The Top Deals and Discounts

From Assassin’s Creed Odyssey to Yakuza 0. 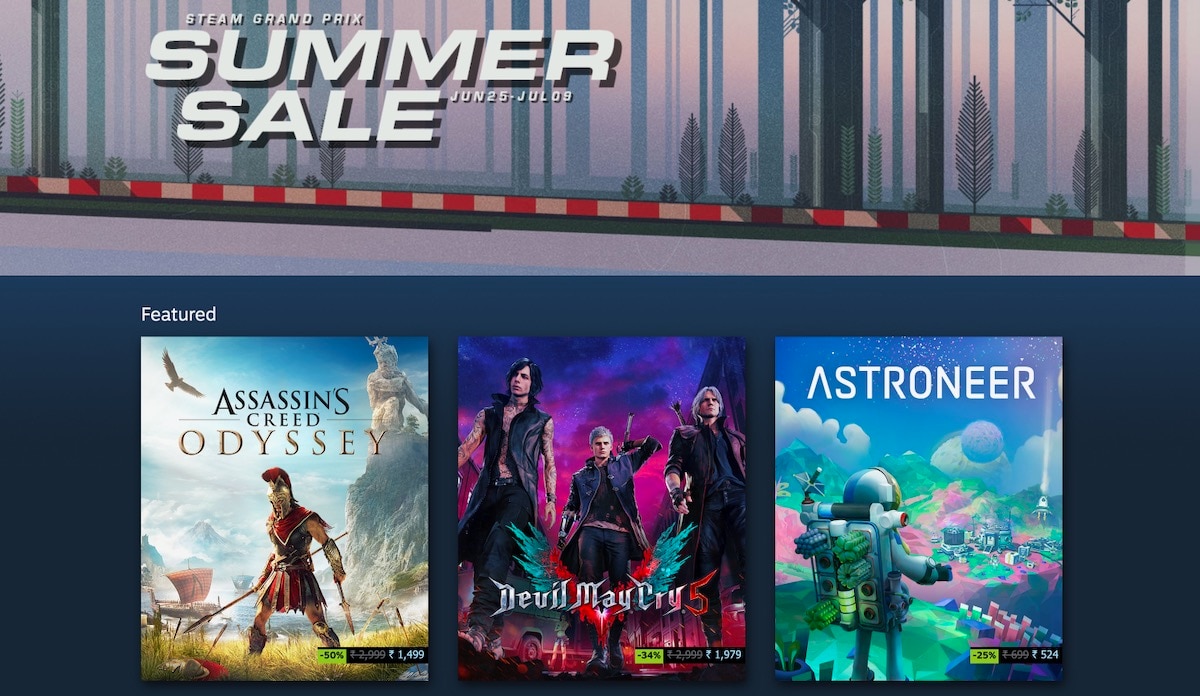 The 2019 Steam Summer Sale is now live, offering great discounts across a variety of games both old and new, including the likes of Assassin's Creed Odyssey, Devil May Cry 5, Rise of the Tomb Raider, Prey, Jurassic World Evolution, Life is Strange 2, Firewatch, Monster Hunter World, Soulcalibur VI, Civilization VI, and PlayerUnknown's Battlegrounds among thousands of others. The 2019 Steam Summer Sale started late on June 25 and will run till July 9.

Valve is calling it the “Steam Grand Prix Summer Sale” as you can take part in a mini-game that gives you a chance to win a title off your Steam wishlist. All you've to do is pick one of five available teams, and then complete “Grand Prix Quests” or tick off Steam achievements in games you own or buy during the 2019 Steam Summer Sale.

As has been the case for a while now, all discounts during the 2019 Steam Summer Sale will be available from day one through to the end, with no limited-time discounts or flash sales. That's good for players, since it gives you ample time to browse the store and find gems.

Here are the biggest deals we've spotted in the 2019 Steam Summer Sale: