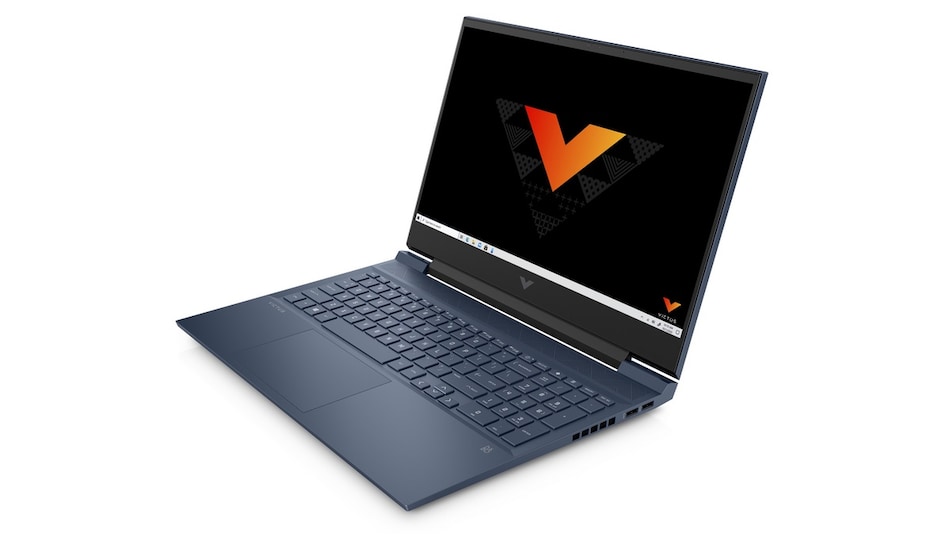 HP Victus 16 gaming laptops have a sleek and subtle design

HP Victus 16 gaming laptop models were launched in India on Monday, bringing the latest AMD Ryzen and Intel 11th Gen processors to the company's mainstream portfolio. HP Victus E series is powered by up to AMD Ryzen 7 processors while the HP Victus D series is powered by up to Intel Core i7 processor. Both models come with Nvidia GeForce RTX 30 series GPUs and feature 16-inch displays with high refresh rates. The HP Victus 16 range was originally unveiled globally back in May.

HP Victus 16 gaming laptop models come with Windows 10 and will be upgradeable to Windows 11 later this year. They feature 16-inch displays with up to full-HD resolution with 144Hz refresh rate, 300 nits peak brightness, and Eyesafe low blue light technology. Under the hood, the E series is configured with AMD Ryzen 5 5600H or Ryzen 7 5800H processors, while the D series has a choice of Intel 11th Gen Core i5-11300H or Core i7-11800H processors. The HP Victus E series offers a choice between Nvidia and AMD GPU which includes up to an Nvidia GeForce RTX 3060 6GB laptop GPU or an AMD Radeon RX 5500M GPU. The HP Victus D series comes with only the Nvidia option which is up to a GeForce RTX 3060 6GB laptop GPU.

They offer up to 16GB DDR4 RAM that is upgradable to 32GB. For storage, single SSD configurations are available up to 512GB PCIe Gen4. HP has paced a five-way airflow design with bigger vents and larger fans that have longer fin length for better thermal efficiency. The OMEN Gaming HUB software allows you to change performance modes, undervolt, use network booster, and monitor system vitals. You also get Bang & Olufsen speaker system in the HP Victus 16 gaming laptop models.