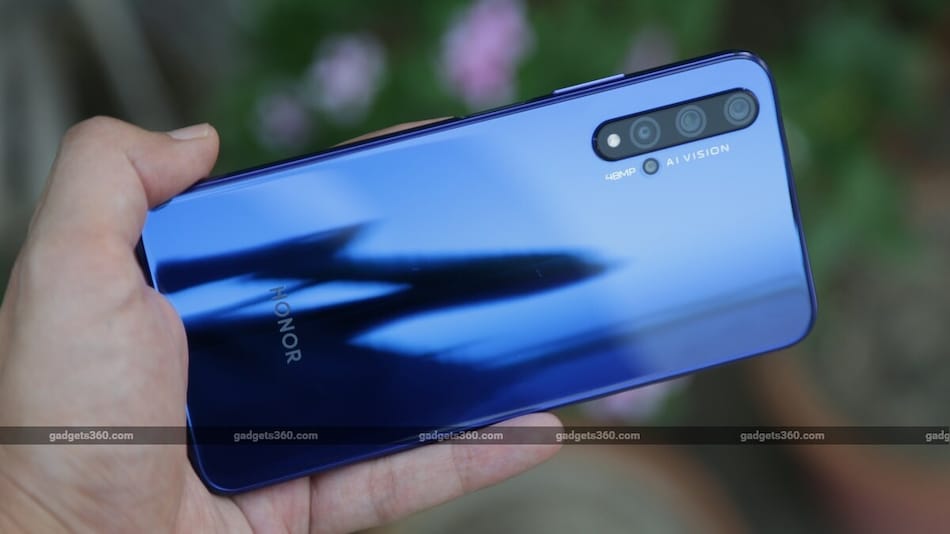 The Honor 30 will reportedly debut a month ahead of the regular update cycle.

Honor has been relatively silent so far regarding its flagship lineup that will succeed the Honor 20 series. To recall, the Honor 20 was launched back in May last year, and so far, the Huawei subsidiary is yet to even talk about an upgraded model. However, a new leak now claims that the Honor 20's successor, the Honor 30, will launch in April this year. Moreover, the company is claimed to launch an Android tablet that might reportedly debut under the name Honor MagicPad.

As per a tipster who goes by the username @RODENT950 on Twitter, the Honor 30 series will go official in April. The leaked launch timeline of the Honor 30 is a month short of its predecessor's 12-month cycle, as the Honor 20 was launched in May last year. Going by the company's past launches, the Honor 30 series will include the vanilla Honor 30, Honor 30 Pro, and the more affordable Honor 30 Lite. As of now, there is no word on the Honor 30's design or specifications, but given its flagship status, at least a quad rear camera setup and the Kirin 990 5G SoC can safely be assumed to appear inside the upcoming phone.

Another tweet by the tipster mentions that the company is also preparing to launch a tablet that will blend elements of the Huawei Mate and Honor Magic portfolio, and might eventually be launched as the Honor MagicPad. The tweet is also an indication that the Honor MagicPad might just be a rebranded version of the Huawei MatePad Pro tablet that was launched late last year. This won't be surprising, as Honor has launched rebranded versions of Huawei devices in the past as well.

It would be interesting to see in what markets the Honor 30 series debuts, considering the US trade limitations have forced Huawei to ditch Google Mobile Services (GMS) and launch phones that ship without Google services, a move that has not been well-received in regions outside China.