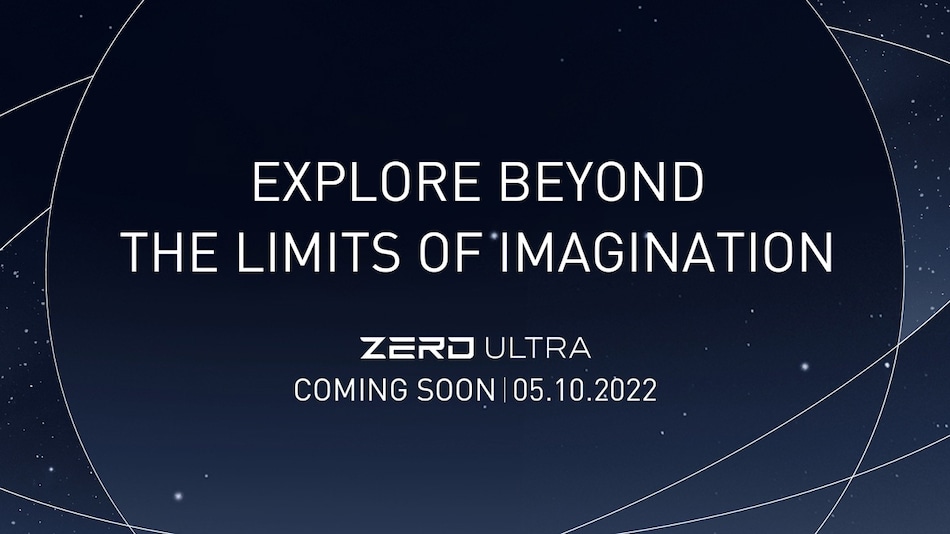 Infinix Zero Ultra 5G launch has been set for October 5 globally, the company made the announcement via Twitter this week. The handset has been in the news over the last few weeks and reports suggest it will come with a 180W Thunder Charge system, the company's fastest charging technology yet. In addition to the launch date confirmation, alleged live images of the smartphone also popped-up online suggesting that the phone will get a 200-megapixel main camera and a MediaTek Dimensity 920 SoC under the hood.

Infinix hasn't announced the timing of the phone's launch, but it has revealed that the company has renewed its corporate partnership with Royal Museums Greenwich for the launch of the Infinix Zero Ultra 5G smartphone. Royal Museums Greenwich is an organisation comprising four museums in Greenwich, London. One of them is the Royal Observatory, Greenwich that is historically significant because the Prime Meridian passes through it and it has an observatory code of 000.

It's with great pride and pleasure that we announce our renewal of our Corporate Partnership with @RMGreenwich for the launch of the new ZERO ULTRA. We can't wait to see what comes out of this one! 🔭#Infinix #InfinixZeroSeries #ExploreBeyond pic.twitter.com/53Fs7yvvgU

The launch announcement of the Infinix Zero Ultra 5G has stars and a planet that could be a teaser of satellite connectivity like we saw in Apple's ‘Far Away' event or it could also be a photography-related mode.

In a related development, a few live images, claimed to be of the Infinix Zero Ultra 5G, have surfaced online. The images suggest that the smartphone may come with a triple rear camera setup with a 200-megapixel main sensor. The primary shooter is also said to come with optical image stabilisation (OIS). The phone will also get a 32-megapixel front camera, the images suggest.

The Infinix Zero Ultra 5G is expected to run Android 12 and might have Infinix X6820 model number. Under the hood, the handset is said to pack a MediaTek Dimensity 920 SoC paired with 8GB of RAM and 256GB of storage. There could be RAM extension technology that is teased to give an effective 12GB RAM.

As mentioned, the Infinix Zero Ultra 5G is tipped to come with Infinix 180W Thunder Charge system fast charging technology. It has also been reported to pack a MediaTek Dimensity 920 SoC and 200-megapixel main camera.