Who knew that MagSafe technology would one day be used to get an iPhone 12 pro out of a canal? 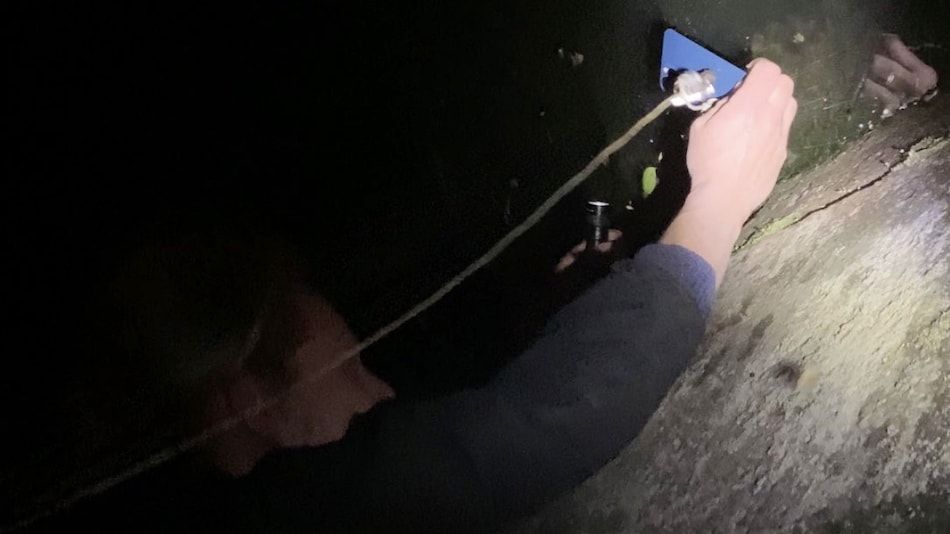 iPhone 12 Pro's inbuilt MagSafe charging ring not only helps magnetic chargers stick to the back panel for powering up the battery, but can also come in handy in unexpected ways. App creator Frederik Riedel on Sunday tweeted that one of his friends had dropped his iPhone 12 Pro into a canal in Berlin, Germany. "It disappeared in the mud. He waded through the 3ft deep water. No way to find it," Riedel tweeted, adding, "But he found a Nintendo Switch instead."

The story doesn't end there. Nearly a couple of hours later, Riedel tweeted a photograph and wrote, "We built a magnetic fishing rod and caught it! MagSafe ftw."

We built a magnetic fishing rod and catched it!!!!! MagSafe ftw pic.twitter.com/M4g4RTLZxF

The two friends recovered iPhone 12 Pro from the water with the help of a magnetic rod and the phone's MagSafe ring that was introduced for both iPhone 12 and iPhone12 Pro.

In another tweet, Riedel shared a picture in which the phone can be seen attached to the magnetic rod. "Yes, really. And it still works."

While the two friends got the phone back, Twitter users decided to have some fun with Riedel.

"Does the Switch work? And most important: does it have a game card inserted?" asked user Bruno Philipe.

Does the Switch work? And most important: does it have a game card inserted?

Responding to him, Riedel said his friend couldn't take the picture and when he returned with the magnet, the Nintendo Switch wasn't there. "But the switch was definitely not functional anymore."

Haha he couldn't take a picture (guess why ????) and when we returned with the magnet it was gone. But the switch was definitely not functional anymore.

Here are a couple of more reactions to Riedel and his friend's story of losing and finding the phone.

The canal giveth, and the canal taketh away.

Magic! (Saw the small thread, glad you got the iPhone back too).

Who knew that MagSafe, the technology that was originally designed to attract chargers and wallets, would one day be used to get an iPhone 12 pro out of a canal. The MagSafe charging system comprises a lot of magnets.

Last month, an iPhone user, in a post on Reddit, shared a photo of his phone's back covered in ferrous debris. The user thought the sand was magnetic when, in fact, it was the MagSafe charging system that attracted the metal particles from the sand. The picture shows the ferrous neatly arranged around the camera, speakers, and MagSafe ring, while the rest of the phone was clean.