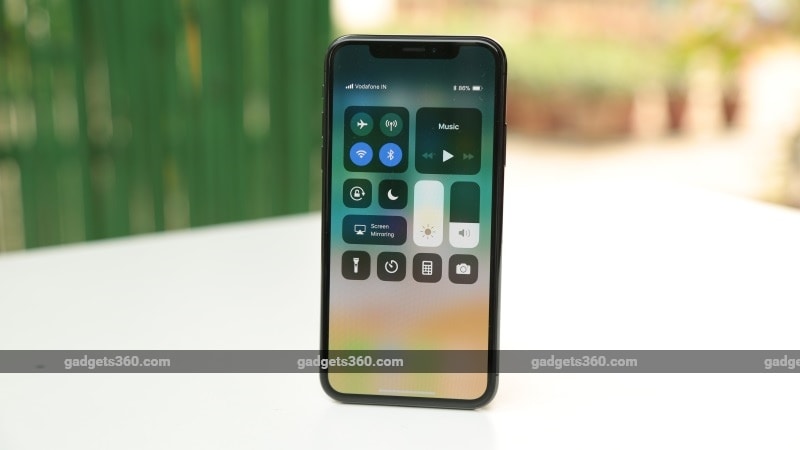 With a glass body, the iPhone X might not be the most robust smartphone out there. Now, YouTuber JerryRigEverthing has put the smartphone through some stringent tests to measure its endurance, including a bend test, a burn test, and a scratch test. Another YouTuber drop tested the smartphone, with some impressive results.

The video claims that the display of the iPhone X resists scratches from materials such as standard keys and coins and even survives without a mark when attacked with a razor blade. It is only after Moh level 6 hardness Apple is touted to have used the "most durable" glass panels on the iPhone X that it has ever developed with a strengthening layer of 70 percent deeper. This combination has resulted in a scratch-resistant front and back appearance.

However, the YouTuber moved ahead of normal wear and tear tests and attempted to burn the screen with a gas-filled lighter. The heat generated by the lighter burnt off the oleophobic coating available on top of the new iPhone. But it seemingly didn't impact the glass panel. Of course, while a drop test wasn't performed by JerryRigEverything, the smartphone would certainly be vulnerable to cracks after being dropped.

At last, JerryRigEverthing tried to bend the iPhone X. The surgical-grade stainless steel that Apple has used to design the new iPhone protected its design throughout the bend test. Furthermore, the YouTuber didn't found any screen separation or body damage.

The tests appear in the video are certainly far more rigorous than what you could do with your iPhone X. But these are enough to give you another reason to pick the highly premium iPhone.

If you aren't yet convinced, you can also check out the recent teardown that revealed what all is powering the iPhone X. The teardown neatly accomplished by the iFixit team also detailed the logic board of the new iPhone that is 70 percent smaller than the one on the iPhone 8 Plus, and highlighted all the elements are making the TrueDepth camera system of the latest Apple device a benchmark for future technologies.