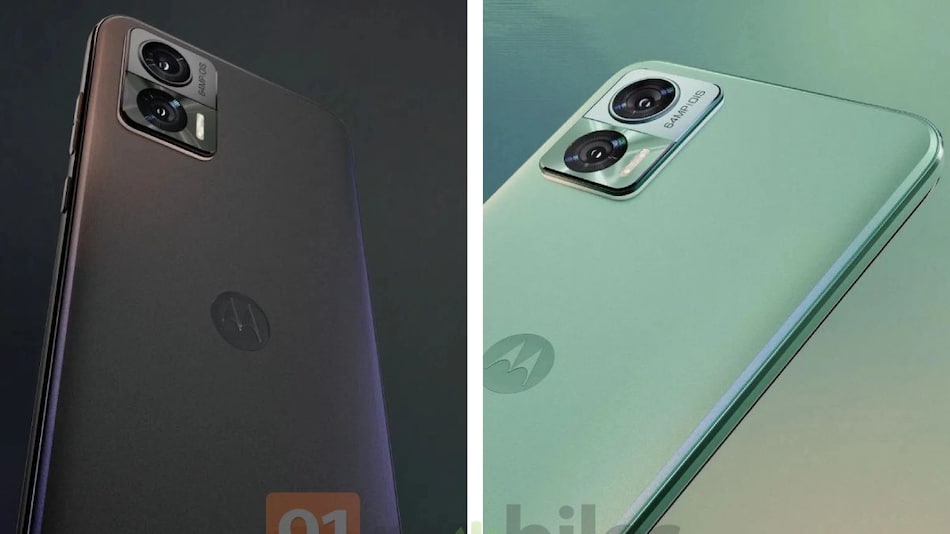 Motorola Edge 30 Neo could feature a power button on the right spine, as per the images

Motorola Motorola Edge 30 Neo's possible colour options have reportedly been tipped, ahead of the launch of Motorola's purported upcoming handset. The Motorola Edge 30 Neo is said to be the same smartphone that was initially said to be the Motorola Edge Lite with the codename Motorola Miami. The smartphone will reportedly be powered by a Qualcomm Snapdragon 695 SoC, coupled with up to 8GB of RAM and 256GB of inbuilt storage. The handset is tipped to launch in Aqua Foam, Black Onyx, Ice Palace, and Very Peri colour options.

In the images, the Motorola Edge 30 Neo appears with a hole-punch cutout on the display, which is expected to house the selfie camera. The bottom of the handset can be seen with a USB Type-C port, a microphone hole, a speaker grille, and the SIM tray. At the rear, a 64-megapixel dual rear camera setup appears with an LED flash light. The images suggest that the phone could feature the volume rockers and power button on the right spine.

The Motorola Edge 30 Neo will reportedly be powered by a Qualcomm Snapdrgaon 695 SoC, paired with up to 8GB of RAM and 256GB of inbuilt storage. It is tipped to feature a pOLED display with a 120Hz refresh rate. The rumoured Motorola smartphone could pack a 4,020mAh battery.