Moto G Stylus could be powered by a Qualcomm Snapdragon 480 SoC. 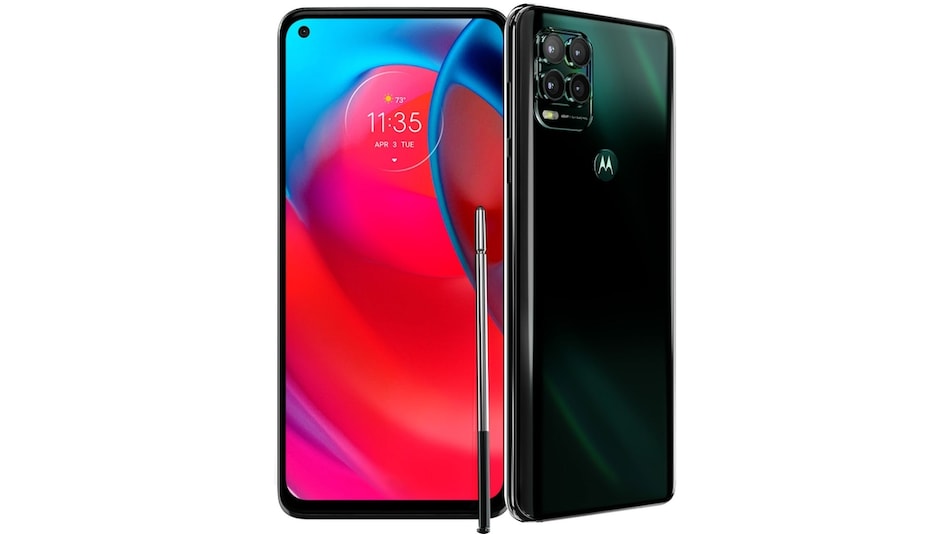 Moto G Stylus 5G design has been leaked via a press render. The image has been shared online by a tipster ahead of the smartphone's expected launch. The stylus-equipped smartphone is expected to be powered by a Qualcomm Snapdragon 480 SoC and may pack a 5,000mAh battery. The phone has been previously spotted on several listings. It recently appeared on Bluetooth SIG certification site and Geekbench benchmarking platform. Earlier leaks claim that the Moto G Stylus 5G is codenamed 'Denver' and will be launched only in the US. Alongside, the smartphone could feature a hole-punch cutout for the selfie camera.

A recent tweet by tipster Evan Blass (@evleaks) included a press renders of the Moto G Stylus 5G that tips the design of the upcoming smartphone. The stylus-equipped smartphone from Motorola sports a hole-punch cutout for the selfie camera with a noticeable chin and an LCD display. The renders also show the smartphone with a quad rear camera setup headlined by a 48-megapixel primary sensor. The phone also features a fingerprint sensor mounted at the back with the Motorola logo.

Late last month, tipster Nils Ahrensmeier (@NilsAhrDE) also tweeted a few alleged renders of the Moto G Stylus 5G. Furthermore, he claimed that the smartphone will only be available in the US.

TechnikNews reported that the smartphone could be codenamed 'Denver' and will be powered by a Snapdragon 480 SoC. The Moto G Stylus 5G is also expected to come in 64GB and 128GB storage variants with 4GB/ 6GB RAM options.

The Moto G Stylus 5G is expected to have a flat, 6.8-inch display and a hole-punch cutout on the top left corner for its alleged 16-megapixel selfie camera. At the back, the quad rear camera could have a 48-megapixel primary sensor, an 8-megapixel ultra-wide sensor, a 2-megapixel depth sensor, and a 5-megapixel macro lens. The smartphone could measure 169.6x73.7x8.8mm.