Motorola Moto G Stylus 5G will reportedly be available in the US only. 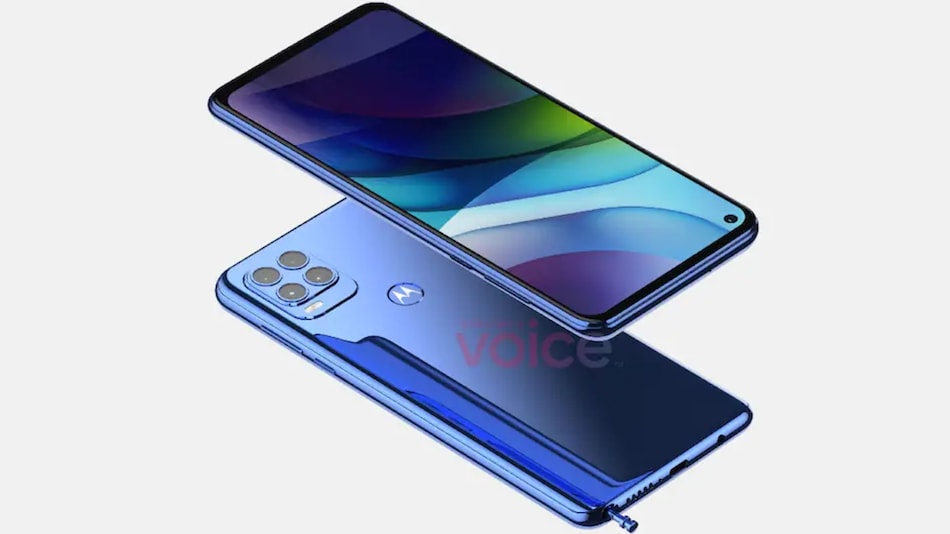 Motorola Moto G Stylus 5G smartphone is likely to be powered by a Qualcomm Snapdragon 480 SoC and come equipped with a 5,000mAh battery. As the name suggests, the phone will accompany a stylus and support 5G. It has been spotted on a number of certification and benchmarking platforms over the last few days and a lot of information has been revealed through the listings. Apart from the SoC and battery capacity, reports also suggest that the smartphone carries the codename ‘Denver' and will be launched in the US. A tipster has also leaked a few renders of the smartphone that show a hole-punch display design.

The latest information comes from a listing on Geekbench. The Moto G Stylus 5G has been spotted on the benchmarking website with a score of 502 points in the single-core test and 1651 points in the multi-core test. The listing suggests the phone runs on Android 11 and packs 6GB of RAM.

A TechnikNews report suggests that the phone is codenamed ‘Denver' and will be powered by a Qualcomm Snapdragon 480 SoC. While the report listed 64GB and 128GB as its storage variants, it paired the processor of the Motorola phone with 4GB RAM instead of the 6GB suggested by Geekbench. This hints that the phone could be launched in multiple configurations. The phone has also been recently spotted in a Bluetooth SIG certification listing, which suggests that will have the model number XT213 and support for Bluetooth v5.1.

Additionally, tipster Nils Ahrensmeier, recently tweeted a few renders of the alleged Motorola Moto G Stylus 5G smartphone. He claims that the phone will only be available in the US. The tipster also said that these renders are of the same phone shared by tipster Steve Hemmerstoffer (OnLeaks) in January.

As per the renders, the rumoured Motorola Moto G Stylus 5G features a flat display, which could measure 6.8 inches and have a hole-punch cutout on the top left corner for the selfie camera. The phone appears to have a slight chin and a thin forehead as well. The phone is seen with a quad rear camera setup, which could be highlighted by a 48-megapixel main sensor. The other sensors are said to be an 8-megapixel ultra-wide sensor, a 2-megapixel depth sensor, and a 5-megapixel macro lens. The phone is tipped to include a 16-megapixel selfie sensor at the front.

The renders also show that the alleged Motorola Moto G Stylus 5G will come with a 3.5mm audio jack. There's also a fingerprint sensor below the Motorola logo at the back. While the speaker grille and the charging port are housed at the bottom, the volume and the power buttons are seen to be positioned on the right side. The phone is claimed to measure at 169.6x73.7x8.8mm (10.9mm with the rear camera bump).