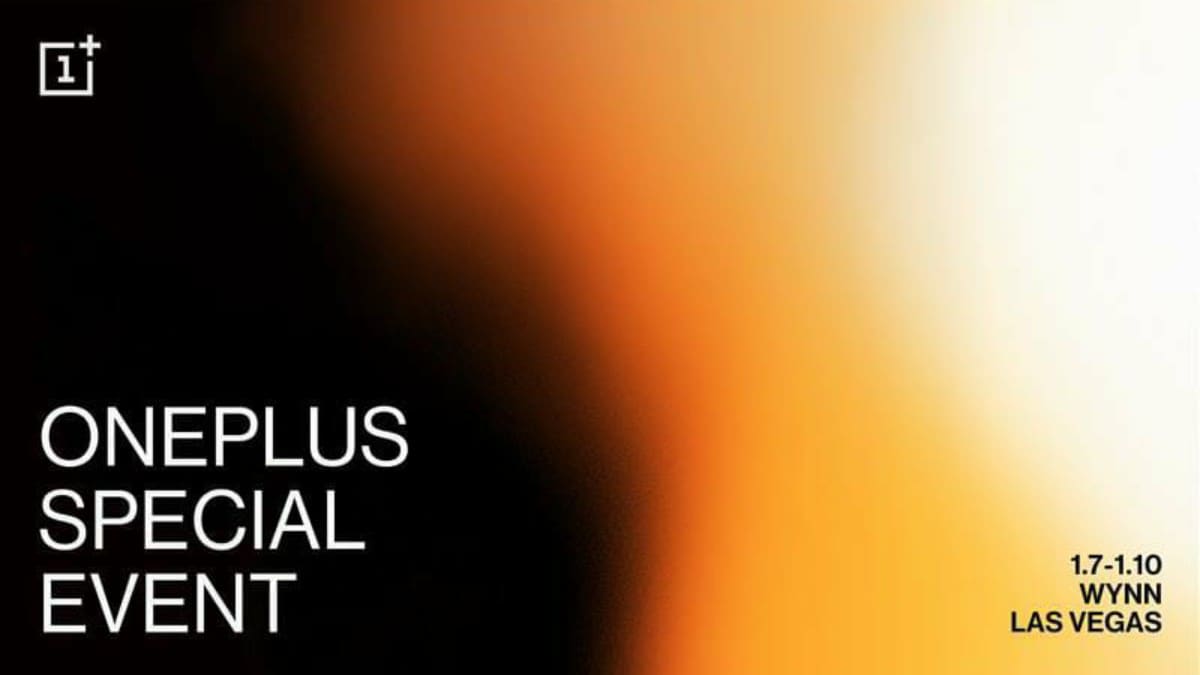 OnePlus has officially teased its presence at the CES 2020 trade show in Las Vegas in early January next year. This marks the first time that the company will be hosting an event at such a major global trade show and exhibition. After starting out as a tiny startup, OnePlus has seen huge success in markets across the world, especially India, and has established itself as a major player in the premium smartphone space. The teaser contains no information about what exactly OnePlus has planned, though the choice of such an important exhibition on the global technology calendar as the venue for its event signifies that something big is in the pipeline.

The teaser only states "OnePlus Special Event" and has the dates of the CES exhibition, January 7-10 along with the name of the venue. Based on the date range, it is unclear what exactly the company is planning. There could be a single press conference or a multi-day exhibit on the sidelines of the trade show. The teaser shows swirls of dark brown, orange, and yellow, which could be a reference to the unique styling of the company's McLaren special edition products.

OnePlus has so far preferred to host its own launch events outside of major trade shows, which fans are able to attend. The timing of CES 2020 does not line up with the expected launch windows for OnePlus' next generation of smartphones. The company has stuck to a semi-regular schedule of refreshing its phones twice a year; once sometime after the MWC press conference when Qualcomm is ready to ship its latest flagship smartphone SoC each year, and once roughly 4-6 months later. The company launched its OnePlus 7 (Review) and OnePlus 7 Pro (Review) in mid-2019, with the OnePlus 7T (Review) and OnePlus 7T Pro (Review) following later in the year.

It is possible that OnePlus will use the event to announce a whole new product or service strategy. Rumours of late have indicated that the company is planning another attempt at diversifying into the mid-range segment with a purported OnePlus 8 Lite next year. The company also launched its OnePlus TV range exclusively in India first, and might expand availability to other countries.

5G smartphones, infrastructure, and connected products are expected to be widespread at CES 2020, and this might be the opportunity for OnePlus to announce future 5G plans or devices. The company's smartphones are already available with all major carriers in the US. Another possible announcement could be related to OnePlus's popular OxygenOS software, which is customised for performance and features but retains the overall feel of stock Android.

OnePlus was recently named a 'CES 2020 Best of Innovation' award winner by the Consumer Technology Association, which organises CES. The company won in the mobile devices and accessories category for the OnePlus 7 Pro.

We can expect more details to be teased by the company or leaked in the run-up to the show, which will be held from January 7 to 10 in Las Vegas, USA. CES is one of the world's largest and busiest shows, spread over millions of square feet with over 175,000 attendees. Dozens of companies making their biggest announcements and setting the tone for consumer technology trends for the year. Stay tuned to Gadgets 360 for more news as soon as we know it.