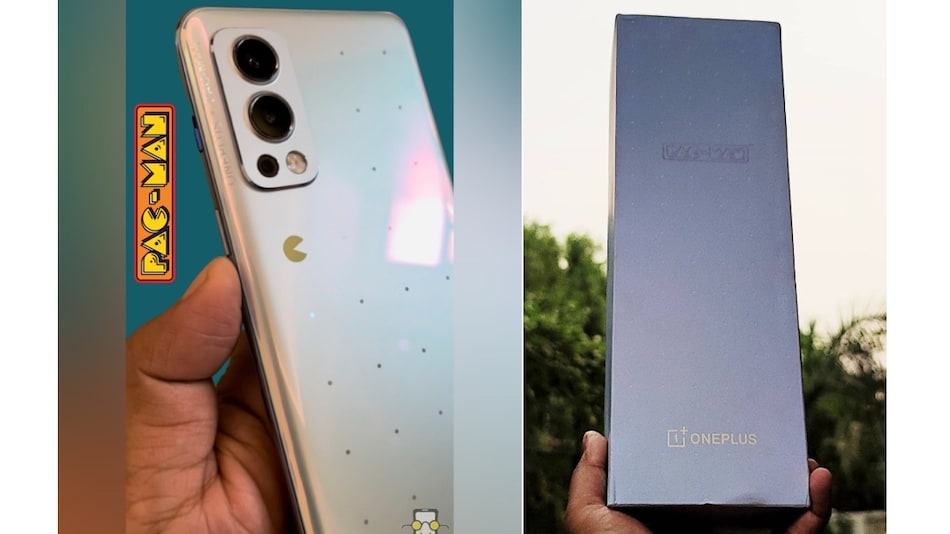 OnePlus Nord 2 Pac-Man Edition design has allegedly been revealed in a hands-on image. Apart from that, an image of the phone's retail box has also surfaced on the Internet. Both these photos have been shared by the same tipster on Twitter. The OnePlus has already confirmed the launch of the phone, and it published a dedicated teaser page on Amazon India last week which hinted at the arrival of a new variant of the OnePlus Nord 2, which was launched earlier this year.

As per the alleged image of the OnePlus Nord 2 Pac-Man Edition by blogger The Phone Talks, shared by tipster Sushanshu Ambhore, the smartphone will come with the same rear camera design as in the original OnePlus Nord 2 handset. The OnePlus phone will apparently have a Silver/ White colored back panel with neon Pac-Man that glows in the dark. He also shared an alleged image of the retail box in a separate tweet. The grey-colored box has Pac-Man and OnePlus brandings.

Speculations are rife that the OnePlus Nord 2 Pac-Man Edition will have some software tweaks to include Pac-Man themed wallpapers and themes. It may have also preloaded the game on the phone. As per a leak, the phone may be powered by a Qualcomm Snapdragon 778G SoC.