The exact amount of compensation generated for the OnePlus Nord 2 user has not been revealed. 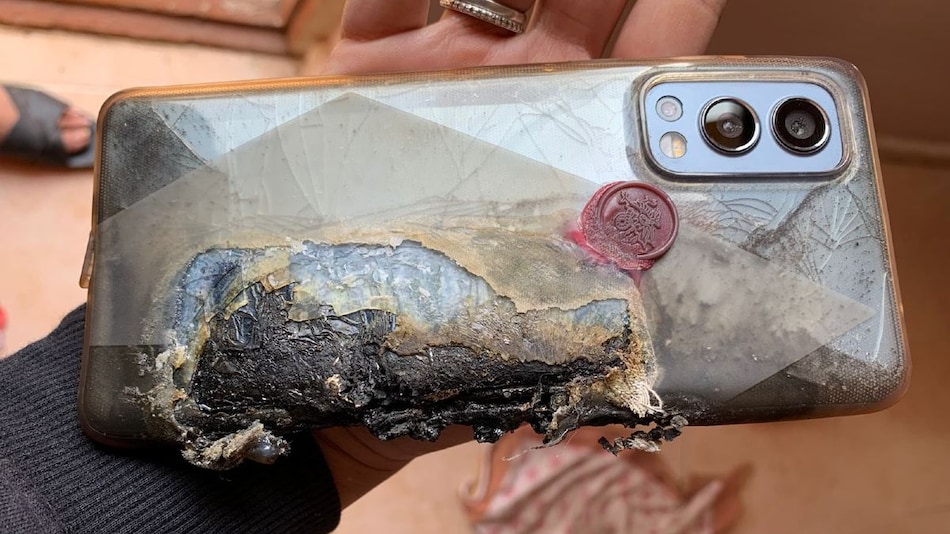 OnePlus Nord 2 5G allegedly caused severe injuries to a user due to a sudden explosion. The incident was reported by a user last week, and the company has also confirmed its investigation. Now, a fresh report claims that OnePlus has issued a refund and is set to pay for the victim's medical expenses. This was not the first incident where OnePlus Nord 2 5G allegedly exploded. Similar cases were reported online in the past as well. The latest incident, however, allegedly caused serious burns to the user, raising safety concerns among other OnePlus Nord 2 users.

Citing the victim, MySmartPrice reports that OnePlus has issued a refund for the blast and assured to take care of the user's medical expenses. The company's operational head is also said to be in contact with the victim for assistance.

However, OnePlus has not yet confirmed any details on the matter. The user who reported the incident on Twitter has also not shared any updates on the compensation. However, he did mention earlier that the company was in “constant touch” and is working on the case.

OnePlus Nord 2 5G was launched in India and global markets in July. Weeks after the launch, a user alleged that the phone exploded within just a few days of its purchase. The company responded in that matter saying that the damage was caused by an “isolated incident involving external factors and not due to any manufacturing or product issue.”

Soon after that, another OnePlus Nord 2 5G user alleged that the phone exploded in his advocate's gown. The company in that particular incident sent a legal notice to the affected user and claimed that he had “malicious and mala fide intent” to harm its reputation.

In late September, another user reported an explosion of the OnePlus Nord 2 5G charger. The company responded to that report and blamed external factors for the incident.