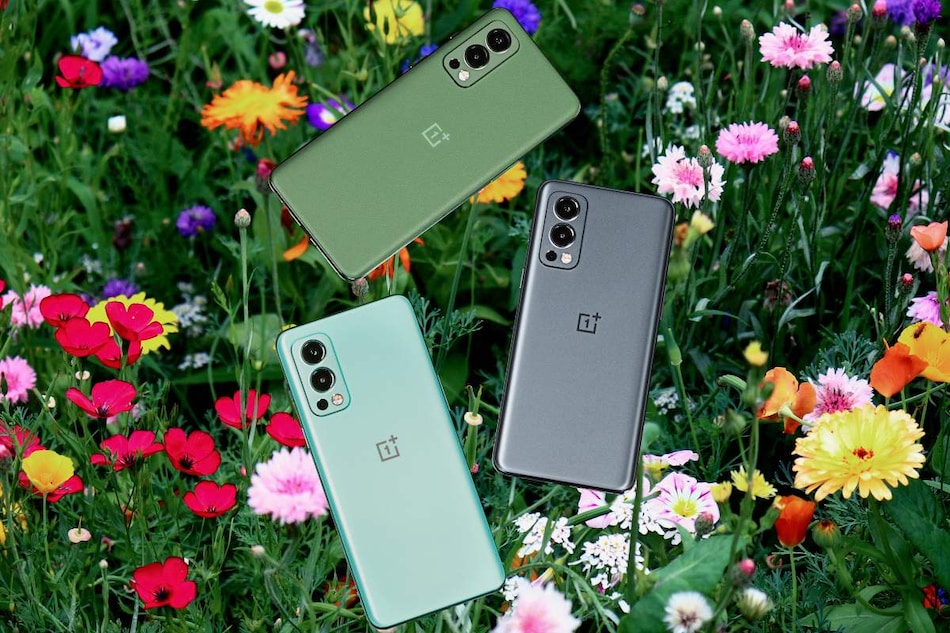 OnePlus Nord 2T has surfaced online in an unboxing video ahead of its launch, giving us a glimpse at the design of the phone, as well as revealing its price and specifications. The Nord series handset from the Chinese smartphone brand is expected to launch soon, however, the exact date is yet to be officially confirmed by the company. The OnePlus Nord 2T is seen with a hole-punch cutout for the selfie camera and is said to be powered by the MediaTek Dimensity 1300 SoC.

A YouTube channel called Sahil Karoul has posted an unboxing video of the upcoming OnePlus Nord 2T. It shows off the retail box of the handset — a grey colour rectangular box — which includes a case, USB Type-C cable, 80W charger to juice up the 4,500mAh battery, documentation, a SIM-ejector tool, and the handset itself.

The smartphone is shown in a Black shade with a hole-punch display design. As per the video, the power button and alert slider are arranged on the right spine of the OnePlus Nord 2T, while the volume rocker is seen on the left. There is a speaker grille, USB Type-C port, and SIM tray at the bottom of the device. The unboxing video offers a detailed look at the phone from all angles and discusses the key specifications.

On the back, the OnePlus Nord 2T is seen with a triple rear camera module with a dual-LED flash. The camera unit includes a 50-megapixel Sony IMX766 main sensor with OIS support, an 8-megapixel ultra-wide lens, and a 2-megapixel sensor. On the front, it sports a 32-megapixel selfie sensor. As per the video, the OnePlus Nord 2T will come in two RAM variants – 8GB and 12GB – and two storage options – 128GB and 256GB. Most of the specifications shown off in the unboxing video match that those seen on AliExpress, except the display refresh rate and the presence of a 12GB+256GB variant.

Additionally, the video by Sahil Karoul shows that the OnePlus Nord 2T has scored 622,964 points in the AnTuTu, 719 in the single-core testing and 2,760 in the multi-core testing on Geekbench. On the 3DMark Wild Life test, the handset scored 4,638 points.