Poco M5 is reportedly expected to be priced under Rs. 15,000 in India. 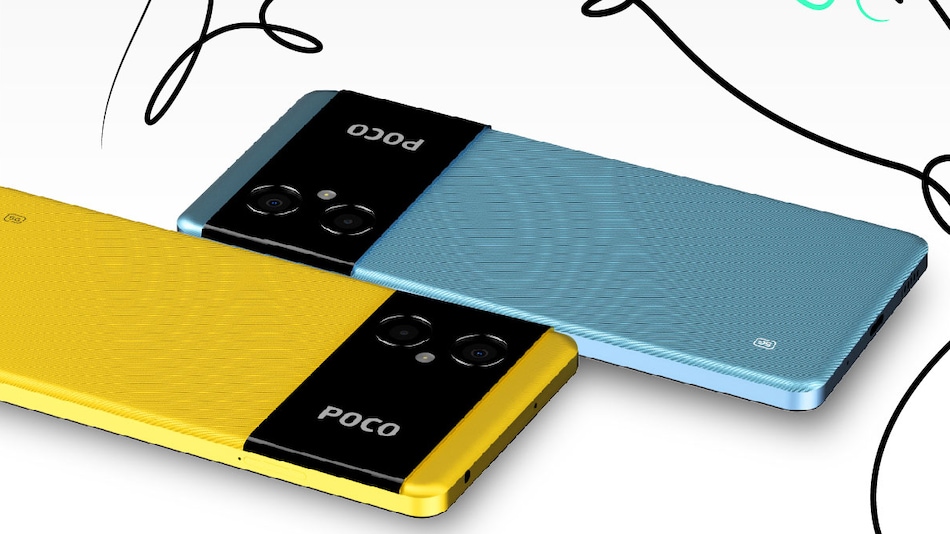 Poco M5 is said to be a 4G handset

Poco has officially teased a smartphone in India via Twitter. As per a report, the teaser is for the Poco M5. Although, the teaser poster shared by the company doesn't reveal any details about the handset, it mentions “G99”. This reportedly suggests that the Poco M5 could be powered by a MediaTek Helio G99 SoC. The expected price in India and availability were recently leaked online, as per a report. The smartphone will reportedly debut in India in early-September. It is also said to be a 4G smartphone.

The Chinese smartphone brand, Poco, has teased a new smartphone in India via Twitter. In the post, the company didn't mention the name of the upcoming smartphone. The poster mentions the term “G99”, which is most likely the MediaTek Helio G99 SoC, and also hints that the smartphone will be an M-series handset.

According to a report by MySmartPrice, the teaser belongs to the Poco M5.

Poco M5 could be priced below Rs. 15,000 in India, as per a recent report. The mentioned price range is reportedly for only the base model of the smartphone. Other variants are expected to be priced higher, the report added. The Poco M5 is said to launch in India in early-September. The Chinese smartphone brand is yet to officially reveal the India launch timeline for rumoured handset.

Poco M5 specifications have also been leaked online. It is said to be a 4G handset, which will run Android 12 out-of-the-box. The phone could reportedly sport a 6.58-inch LCD display with full-HD+ resolution. As mentioned above, the phone could be powered by a MediaTek Helio G99 SoC. The report added that the Poco M5 could pack a 5,000mAh battery with at least 33W fast charging support.

According to the report, the company could also launch a 5G variant of the Poco M5. It could reportedly retain its “chic-leather-like” back panel. It could reportedly also feature a side-mounted fingerprint scanner for unlocking, and dual-band Wi-Fi and Bluetooth v5.0 support for connectivity.

The rumoured Poco M5 has been spotted on the US FCC, BIS India, IMDA Singapore, and IMEI certification databases, according to an earlier report. The smartphone has also reportedly visited the NBTC certification site in Thailand.