Realme GT 2 will start sale today at 12pm via Flipkart and Realme.com. 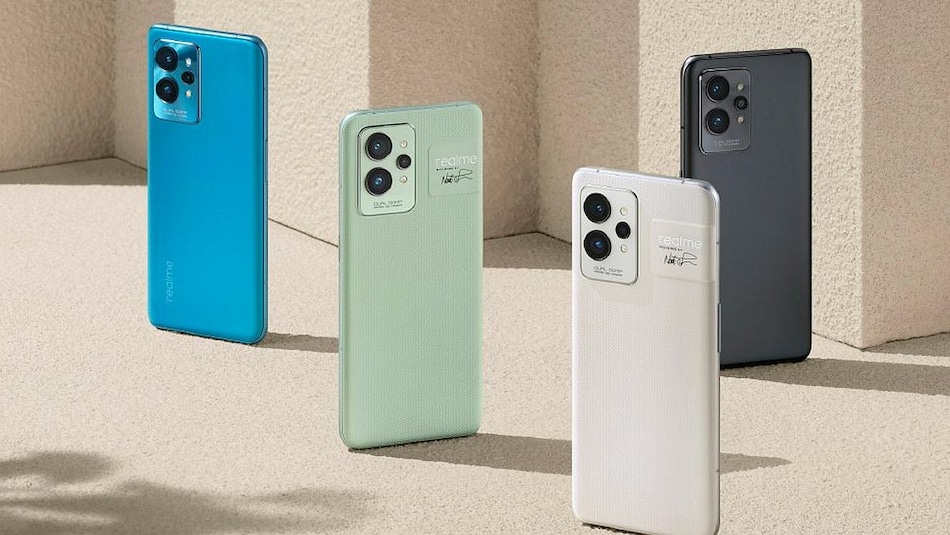 Realme GT 2 will go on sale for the first time in India today at 12pm IST. The flagship phone from Realme was launched in India a week ago. The smartphone is powered by Qualcomm's Snapdragon 888 SoC. The Realme GT 2 comes with features including a 120Hz AMOLED display, triple rear camera setup, and a Paper Tech Master Design that debuted on the Realme GT 2 Pro. The smartphone will be available in three colour options, and go on sale via Flipkart and Realme.com.

The Realme GT 2 comes in Paper Green, Paper White, and Steel Black colour options and the launch offers on the smartphone include Rs. 5,000 cashback for customers using HDFC Bank card or EMI transactions.

The Realme GT 2 carries up to 256GB of UFS 3.1 storage. Connectivity options of the handset include 5G, 4G LTE, Wi-Fi 6, Bluetooth v5.2, GPS/ A-GPS, NFC, and a USB Type-C port. Sensors on board the Realme GT 2 include an accelerometer, ambient light sensor, gyroscope, magnetometer, and a proximity sensor. There is also an in-display fingerprint sensor on board.

Realme has packed the handset with a 5,000mAh battery that supports 65W SuperDart Charge fast charging tech, which is claimed to charge the inbuilt battery pack from zero to 100 percent in 33 minutes. The Realme GT 2 measures 162.9x75.8x8.6mm and weighs up to 199.8 grams.