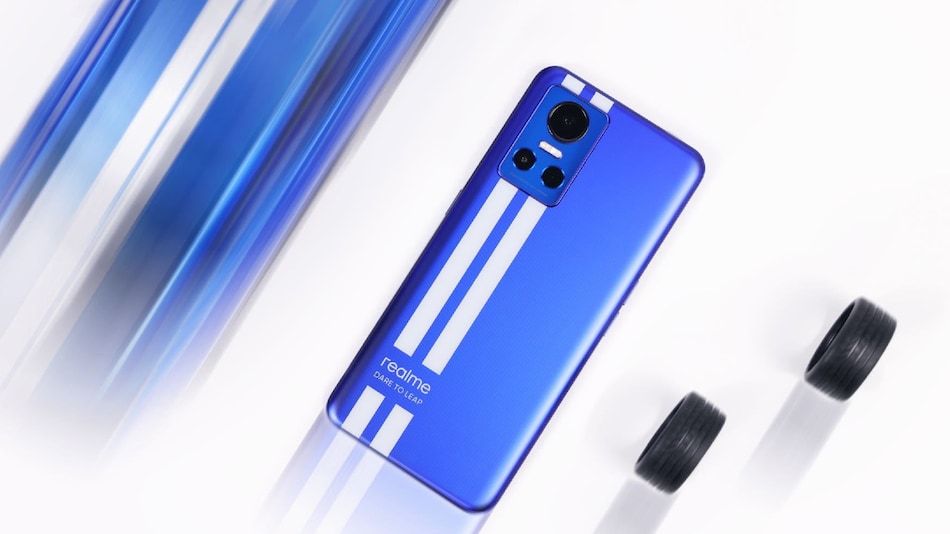 Realme GT Neo 3, a new smartphone from the Chinese tech brand, is all set to go official on March 22 in its home country. Just a day before its formal debut, Realme has teased the specifications of the device via Weibo. Realme GT Neo 3 is confirmed to feature a 120Hz refresh rate display with a 1,000Hz touch sampling rate. The upcoming gaming smartphone will be powered by a MediaTek Dimensity 8100 5G SoC coupled with LPDDR5 RAM and UFS 3.1 storage. The GT Neo 3 will carry a Sony IMX766 main sensor. Realme has also announced that the handset will come with support for 150W UltraDart charging technology.

As per multiple images posted by Realme and Realme CMO Xu Qi Chase on Weibo, the Realme GT Neo 3 will come with a 120Hz refresh rate display that also offers a 1,000Hz touch sampling rate along with HDR10+ support. The handset will be powered by a MediaTek Dimensity 8100 5G SoC, coupled with LPDDR5 RAM, and UFS 3.1 storage. In the official renders, Realme GT Neo 3 is seen carrying a triple rear camera module along with an LED flash. The camera setup is confirmed to include a Sony IMX766 sensor with optical image stabilisation (OIS) support. The recently launched flagships like OnePlus 9RT, Realme 9 Pro+ and Oppo Reno 5 Pro+ 5G also carry the same sensor.

Being a gaming smartphone, Realme GT Neo 3 will offer a 4D Game Vibration feature. It will also come with a total of 39,606mm square heat dissipation area and a 4,129mm square 3D tempered vapor-chamber or VC cooling area. Further, the handset sports 150W UltraDart fast charging technology that Realme showcased at MWC 2022 event. Realme GT Neo 3 is claimed to fill up 50 percent of the battery with just a 5-minute charge. The phone will have support for Dolby Atmos as well and is claimed to be lightweight by the company with 8.22mm thickness and 188 grams of weight.

Realme recently announced the launch of Realme GT Neo 3. The launch event will be held in China on March 22 at 2pm local time (11:30am IST). The handset has a new design inspired by the Le Mans speedway. It is expected to come in two variants with two different battery capacities — 4,500mAh with 150W fast charging and a 5,000mAh battery with 80W fast charging.