Realme has confirmed that the rollout is being executed in a staged manner as of now. 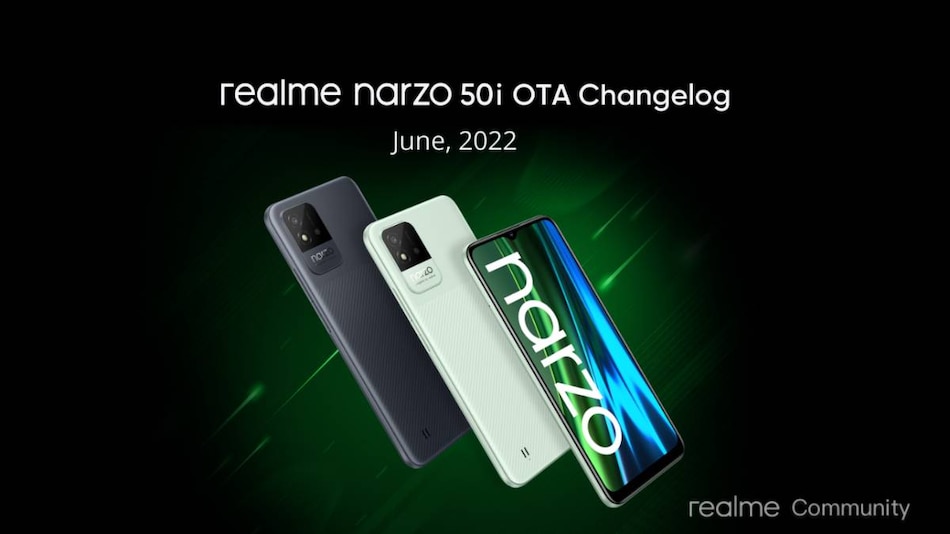 Realme Narzo 50i, Narzo 20, and Realme C11 smartphones have started receiving the latest June OTA update. The Chinese smartphone brand has confirmed the rollout via its community posts. The update brings in several new features and optimised network compatibility along with improved system stability. While Realme did not share details on which countries or regions are expected to receive the update first, it only confirmed that the rollout is being executed in a staged manner.

Realme posted the latest update for the Realme Narzo 50i smartphone on its community page. The latest OTA update for the Narzo 50i handset comes with the UI version RMX3235_11.A.29. It carries June 2022 Android security patch. Apart from this, the update also added some new features. Several optimisations have been put into place as well, including optimised network compatibility. The update provides system stability and fixes some known issues with the handset.

Apart from the version number and the monthly security patches, all other added features, fixes, and optimisations are exactly the same as seen in the Realme Narzo 50i update.

As posted by Realme on its community page, the Realme C11 2021 smartphones have also started receiving the OTA update. It comes with the UI version RMX3231_11.A.79 and integrates the June 2022 Android security patch.

Realme pointed out that the update is being rolled out in a staged manner to ensure stability, so it's likely that some Narzo and the C11 2021 handsets may not have received the same yet. The update is being pushed out randomly and if there are no critical bugs, the full rollout will be completed in a matter of days, Realme said.

Alternatively, the eligible Realme users can also check for the update by heading to Settings > About Phone > System update.