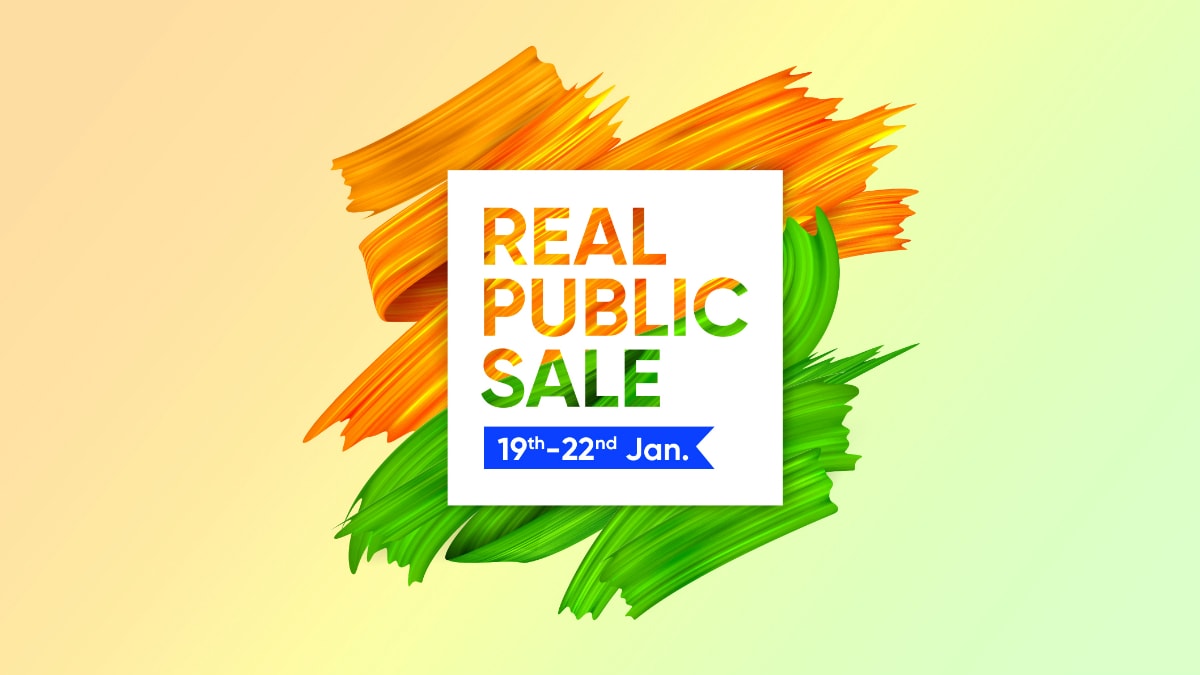 The Realme sale will end on January 22

Realme is hosting a new ‘Realpublic' Sale on Flipkart and Realme.com in India. The sale will begin on January 19 and go on till January 22 next week, and will list smartphones with a discount of up to Rs. 2,000. It will see phones like the Realme 5 Pro, Realme X, Realme XT, Realme 3, and more be listed with price cuts for the three-day sale. The Realme Buds 2 and Realme Buds Wireless will also be listed with offers and discounts on Amazon, Flipkart, and Realme.com.

The Realme Buds 2 and Realme Buds Wireless will also be listed at discounted rates on Flipkart, Realme.com, and additionally on Amazon India. Furthermore, these accessories will be listed at revised priced from January 18 to January 22. The Realme Buds 2 will be listed for Rs. 499 instead of Rs. 599, and the Realme Buds Wireless will listed for Rs. 1,599 instead of Rs. 1,799. The phone sale, on the other hand, will be live on January 19 at 11:59pm IST, and go on till January 22 at 11:59pm IST. Phones will be sold at revised prices on Flipkart and Realme.com only.